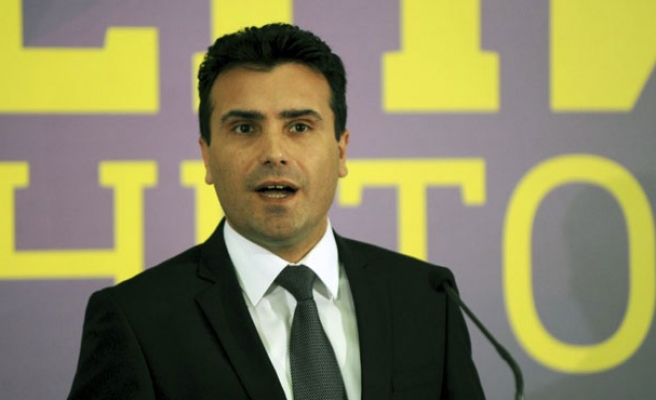 Macedonia's opposition leader - accused by police of plotting to seize power illegally - published audio tapes on Sunday that he said demonstrated the government's total control over the judiciary.

It was the second file of alleged evidence released by Social Democrat leader Zoran Zaev since he was accused by Prime Minister Nikola Gruevski and police on Jan. 31 of colluding with a foreign spy service to bring down the government.

Last week, Zaev published excerpts of what he said were illegally recorded conversations, some including himself talking with journalists and members of his family. He accused Gruevski's government of wire-tapping 20,000 people, including reporters, religious leaders and political figures.

The government has dismissed the accusations, but the West is watching closely to see how it handles the unfolding scandal, given the former Yugoslav republic's quest to join the European Union and NATO.

On Sunday, Zaev published what he said were audio excerpts from five phone conversations involving a deputy prime minister, ministers of interior and finance, the secret police chief and others talking about arranging court cases and placing judges in senior positions.

"The wire-tapped conversations confirm what all citizens and the public know and have felt on their skin," Zaev told a news conference. "You will be convinced of the direct linkage between the government and the judiciary," he said.

"You will hear what kind of control these people, headed by Gruevski, have taken over the courts and the judicial system in Macedonia."

Gruevski, who has led the landlocked Balkan country of two million people since 2006, last month accused Zaev of trying to blackmail him into calling a snap election during face-to-face talks last September and November.

He said Zaev had threatened to use anti-government intelligence gathered with the help of a foreign spy service.

Zaev denied the charges saying authorities were trying to prevent him from publishing incriminating evidence about the government.

Macedonia's state prosecutor has cautioned media not to publish information about the case that may be used in any subsequent trial, in what reporters and diplomats speculated may be an attempt to smother any material released by Zaev.