The Social Democrats saw a firm display of support from Macedonia’s electorate on Sunday. 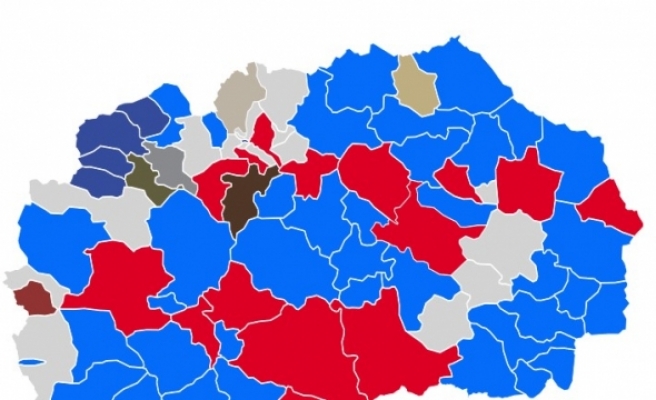 Macedonia's ruling Social Democrats, SDSM, celebrated a convincing victory Sunday night during the first round of local elections, widely regarded as a key test of the new government’s popularity.

SDSM, which formed a government in May, won leads in more than half of Macedonia's 81 municipalities, taking most of the big urban centres. Its crowning victory was winning the capital Skopje – the main prize in the local elections.

The ruling party celebrated decisive victories over its main opposition – the right-wing VMRO-DPMNE party – during the first round of the local vote in major towns such as Bitola, Veles, Kumanovo, Ohrid and Strumica. However, it also won decisively in most of the smaller towns and rural areas too.

SDSM has seen a huge surge in support in recent years. In local elections in 2013, the party won only four mayoral seats. Now, it has the edge on its main rival in the capital Skopje and in most of its municipalities too, including Centar.

The ruling party candidate, Petre Silegov will win the seat of Skopje mayor after only the first round of voting, preliminary official data show.

“This is how Macedonia looks like when the voting is free, peaceful and without pressures,” said Prime Minister and SDSM’s president Zoran Zaev at Sunday night's party celebration in Skopje.

VMRO-DPMNE, which was recently ousted from central government after 11 years in power amid far-reaching corruption scandals, previously dominated the localities. The party had 56 mayors in towns and cities across the country. It has seen major losses during these local polls.

The party can now only hope for a narrow lead in the towns of Stip, Kavadarci and Prilep, in the Skopje municipality of Gazi Baba, Gjorce Petrov and Kisela Voda, as well as in several other smaller municipalities.

At a press conference Sunday, after polls closed, VMRO-DPMNE complained about alleged electoral irregularities – among them the usurpation of state resources, and pressure on or bribing of voters.

Long term VMRO-DPMNE leader, Nikola Gruevski, did not say whether he would resign after the crushing defeat.

“I, as the party president certainly hold the highest responsibility for these results. We will discuss this immediately after the end of the elections,” Gruevski told a press conference shortly before midnight local time.

However, the State Electoral Commission, DIK, the interior ministry, and local and international observers reported a generally peaceful and democratic voting day with only minor incidents.

During the voting the police said it received a total of 46 reports of attempted voter bribery, chain voting and other attempts of obstructions. They said they apprehended 10 people in connection with these reports, four of which had been received in the capital Skopje.

In the forthcoming second round, there will likely be a struggle for the ethnic Albanian vote. The junior ruling coalition partner, the Democratic Union for Integration, DUI, will have to face its main rivals, the Alliance for Albanians and BESA in the second round.

Although securing a lead in most of the Albanian-dominated areas, the party did not manage to win the mayor’s position in the town of Tetovo in the first round. Tetovo is seen as the main prize in the Albanian bloc.

More concrete preliminary official results are expected Monday. However, despite SDSM’s convincing lead this round, in many municipalities, mayors will only be elected in the second round, set for October 29.

The State Electoral Commission said that the turnout at 5:00pm local time had been 49.2 per cent (two hours before polls closed).