About two thirds of the Montenegrin Parliament voted in favor of resolution, supported by ruling coalition, signaling country’s readiness to join NATO 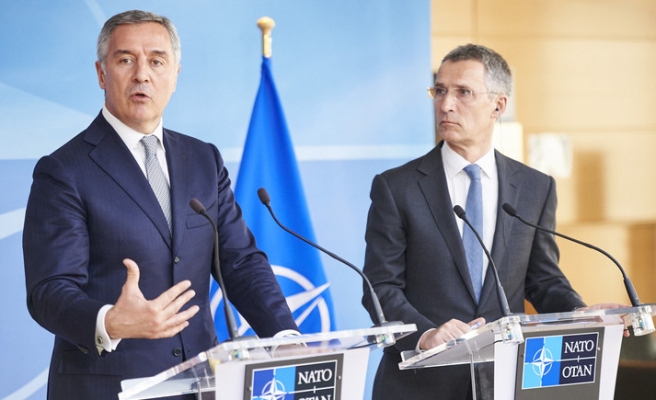 The parliament of Montenegro has adopted symbolic resolution supporting country’s integration into NATO. While the alliance will consider extending an invitation from December onward, the opposition is insisting on bringing the matter to referendum, RT reported Sunday.

About two thirds of the Montenegrin Parliament – 50 out of 79 – voted this week in favor of the resolution, supported by the ruling coalition, signaling the country’s readiness to join NATO.

“The attitude of the Parliament towards the Resolution will be an important message to the local and international community. This is the message that the Parliament strongly supports NATO integration,” said the Deputy Speaker of the Parliament, Milutin Simovic, as cited by Cafe Del Montenegro news portal.

The document defined NATO as a guarantor of the territorial integrity and sovereignty of the country, adding that “This will be an important incentive for the acceleration and successful completion of negotiations on the full membership of Montenegro in[to] the European Union.”

However, those who opposed the resolution insist that it is not up to the parliament to make such historic decision: The majority of the country’s population has opposed NATO membership, and some MPs spoke out to suggest a referendum on the issue of the Euro-Atlantic integration.

“NATO is a serious organization, and I don't think they would want to be in a ridiculous situation in which a country will join NATO with one government, but when the administration changes – suddenly leave the alliance,” leader of one of the main opposition parties, New Serb Democracy (NOVA), Andrija Mandic told Sputnik news agency. “In Montenegro, more than two thirds of the citizens oppose NATO, so it’s necessary that the will of the people is taken into account.”

In December, NATO foreign ministers are to hold a meeting, during which they might discuss Montenegro’s membership. The country was granted a Membership Action Plan in 2009, while negotiations on the matter started in 2010.

Meanwhile the White House said on Monday that the US was ready to back a NATO membership invitation for Montenegro in December, provided that the former Yugoslav republic carries on its reforms.