The NATO force in Kosovo said on Tuesday it had requested additional troops be sent to the country after an escalation of violence last week. 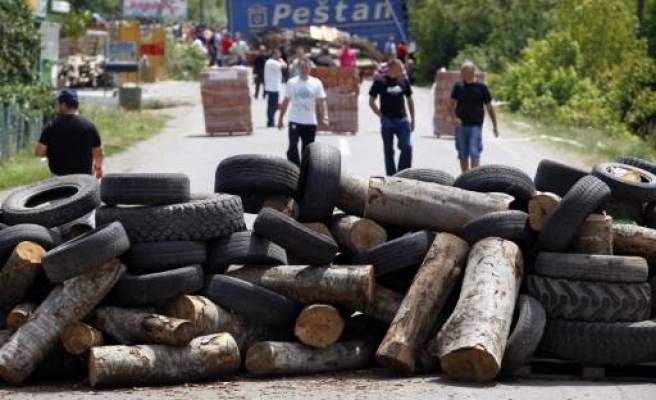 NATO will send hundreds more troops to Kosovo after an escalation of violence there between ethnic Albanians and Serbs last week, NATO officials said on Tuesday.

A battalion of troops, mainly from Germany and Austria, will join the Kosovo Security Force KFOR in coming days, the officials in Brussels and Pristina said.

"The reason for the deployment is to relieve forces currently engaged in maintaining security," NATO spokeswoman Carmen Romero said.

"It's not that the situation has gotten worse, but that KFOR troops have been very active and the commander considers the troops need to be relieved."

Diplomats said the reserve battalion that has been kept on standby in Germany consists of 600 German troops and 100 Austrians.

Violence flared last week after Kosovo sent ethnic Albanian special police units to border posts that had been staffed mostly by ethnic Serbs to enforce a ban on imports from Serbia.

NATO sent its peacekeepers to quell a subsequent three days of violence in which one ethnic Albanian policeman was shot dead and hardline Serbian nationalists set fire to one of the northern border crossings.

The NATO troops returned to their barracks on Friday after ethnic Serbs blocked them from reaching peacekeepers deployed at border posts.

At the weekend the NATO mission said it had removed three road blocks but they were mainly on secondary roads and the situation remained tense on Tuesday with local Serbs still blocking the main roads to border posts.

After meeting Serb officials in Serbia, EU mediator Robert Cooper arrived in Pristina on Tuesday to meet Albanian leaders and urge them to sit and talk with Belgrade officials.

Kosovo declared independence in 2008 but the 60,000 Serbs living in northern Kosovo still consider Belgrade their capital.