The mass grave was uncovered at Kozluk, a village some 70 kilometres north of Bosnia's city of Srebrenica 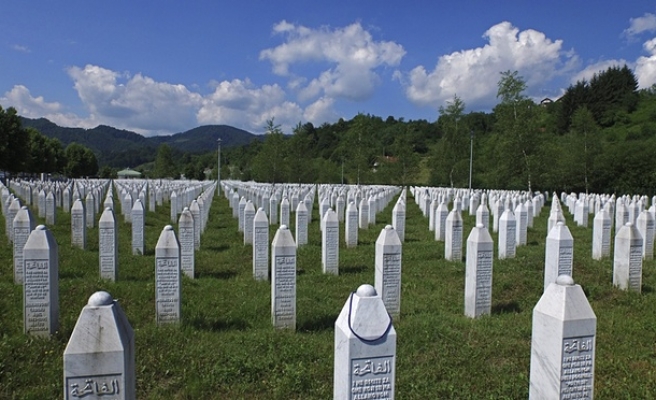 "So far remains of at least 15 victims have been recovered," the prosecutor said in a statement.

The mass grave was uncovered at Kozluk, a village some 70 kilometres (40 miles) north of Srebrenica.

"Some 1,000 Muslim men and adolescents from the Srebrenica region were executed at this place. No one survived this execution," the prosecutor said, adding that some 200 victims remained unaccounted for.

Twenty years after the worst atrocity in Europe since World War II, the remains of some 6,600 of the Srebrenica victims have been found, identified and buried, most of whom in a memorial centre located near the town.

But such exhumations have become rare events in recent years as the authorities claim to have no information on where the rest of the victims are buried.

The last large-scale exhumation around Srebrenica took place in 2010, when the remains of some 50 victims were found.

The site of the newly uncovered mass grave was unveiled by a Bosnian Serb, witness of the atrocities, Munira Subasic, president of an association of Srebrenica victims' families, told AFP.

"This man came to talk to me in a small restaurant in Kozluk. He told me 'I should tell you something. There is a mass grave nearby. I can't sleep of guilty conscience'," Subasic said.

Three other mass graves, holding the remains of  with 340 victims were uncovered in the region of Kozluk in 1999 by investigators of the Hague-based International Criminal Tribunal for former Yugoslavia (ICTY), according to Lejla Cengic, a spokeswoman of Bosnia's Institute for missing persons.

Hundreds of other victims of this massacre have been found in mass graves in other places.

The Srebrenica massacre has been acknowledged as genocide by two international courts.