Ottoman bridge in Greece collapses due to rainfall 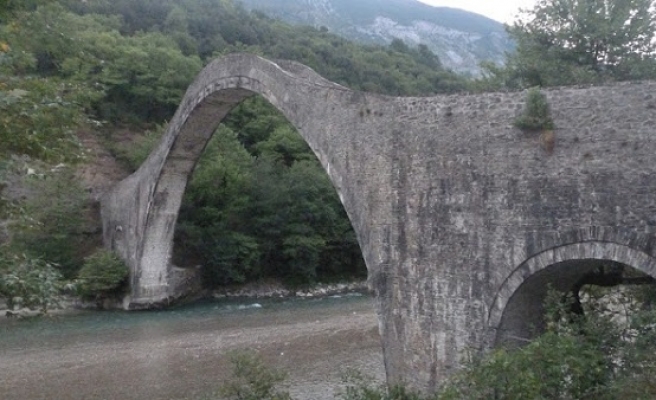 Two days of inncessant rainfall has stalled life in many areas of the country, in particular in the western region, with roads closed to transport and damage to buildings where the rainfall was excessive.

Located in the west of the Epirus region of Greece, the Ottoman built stone bridge collapsed after the rising waters of the bridge. The bridge - which was the largest arch bridge in the Balkans - was built Ottoman Sultan Abdulaziz in 1866, with no restoration made to the bridge since it was first built. It
Greek Prime Minister Alexis Cipras in his press statement highlighted the fact that there was no loss of lives however expressed his sadness at the collapse of the bridge.