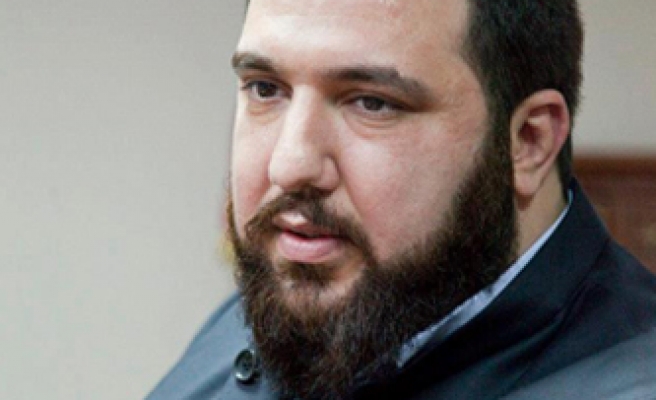 The grandson of one of the last Ottoman sultans and caliph of the entire Muslim world, Abdulhamid Han II, has become the first member of the Ottoman royal family to visit the Balkans in a century.

Abdulhamid Kayıhan Osmanoğlu is visiting the Balkans to give a series of lectures at various venues. He is said to be experience both feelings of happiness and sorrow during his visit.

His lectures based around the life of his grandfather have drawn much interest in Macedonia, Kosovo and Montenegro.

On his arrival Osmanoğlu was quoted as saying ‘I am experiencing feelings of both happiness and sorrow in being the first prince from the Ottoman royal family to visit the Balkans in 100 years. To be in this place where my grandfather left great monuments, and more importantly a place that many volunteers made their home fills my heart with joy. I feel as if I’m at home.’

He celebrated the 171st year since his grandfather’s birth while giving lectures in Kosovo’s capital Pristine where he visited Sultan Murad’s grave. He later went on to the city of Prizren and then Montenegro where he spoke about Sultan Abdulhamid Han II.

He also expressed his sorrow over the Ottoman withdrawal from the region 102 years ago.

His grandfather left many lovley looking islamic monuments, but the Ottoman empire as we know wasn't about the spread of lovely monuments. The Ottoman Empire in the balkansspread an intollerant attitude to Christians, raping women upon knowledge of marrige, steeling children from Macedonian, Serbian and Croation families to give to Turkish families who could not have their own children, go home.

You are not welcome. Go home. Balkans are free from the tyranny of the Ottoman Empire. There was absolutely nothing good that came out of this so called royal family for this region of Europe. Come as a man not as a member of the family that caused so much death.

it is time the ottomans are back in the political place, look at what the iron curtain cause of 2nd world war, look how west divided a big country and remember Bosnian masaccare the serbs done,remeber how many people is watching the suleyman the magnificent film.from Bulgaria to Moldova to hungary to Albania iran Iraq Georgia Armenia Azerbaijan north cypus Palestinian gazza strip and others,..

I completely understand your desire for some stability on the Balkans, but I totally disagree with you in who is going to bring it. Since you are not a Turk by blood I can safely assume your ancestors do not appreciate your comments now. It does not matter who they were, but they were Christian. You need to look in history. Ottomans were not welcome anywhere of the places you are mentioning. (1)

Neither of those current states you mentioned they desired back then or for that matter now any part of what Ottomans stood for. Turkey is a powerful and economically stable country. If they chose to invest in the region and stabilize it is one thing to reclaim back some provinces - I would be safe to say that the Balkans will unite much faster then you think. History is a great indication of that

During 1st world war western Turkey was upto Boznia hertzegovina, thrace between kircaali and gumulcina (Komotini) was separated and kept the Turks separated betweem Bulgaria and Greece ,Macedonia was invaded by serbs supported by the west.and Turks had no rights in Greece and Bulgaria many escaped to Cyprus Egypt turkey etc by fishing boats.after 1st world war.

ottomans concurred Serbia Macedonia not touched Croatia they passes via Bosnia Herzegovina who asked to join ottoman empire these occurred before French revolution and how did people live during 1500-1600 in Europe.remember slave trade the west did Africa.did ottomans make people loose race religion identity.?