Anti-government protesters in Bosnia set fire to a local government building in Tuzla. 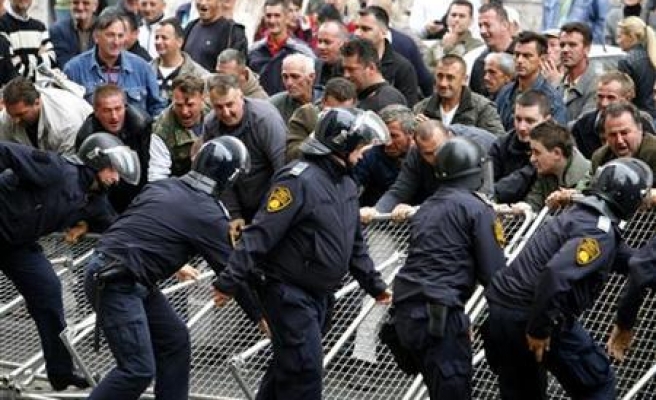 Police in Bosnia fired rubber bullets and stun grenades to disperse hundreds of anti-government protesters in the capital Sarajevo on Friday, a Reuters reporter said, on the third day of unrest over unemployment and political inertia in the Balkan country.

The protests began on Wednesday in the northern town of Tuzla, where workers took to the streets angry at the closure of factories sold off by the state. Protesters in Tuzla set fire to a local government building on Friday, a Reuters photographer said.