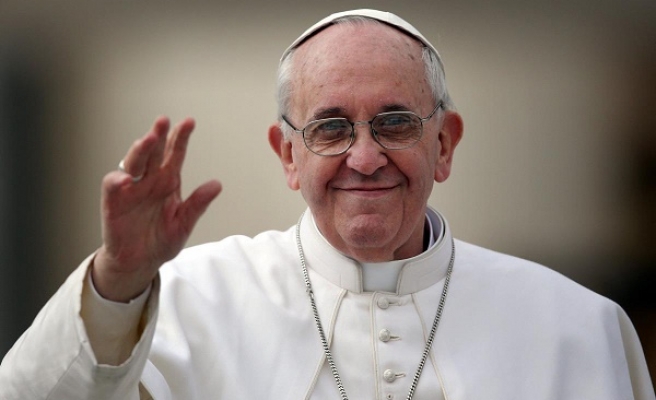 Pope Francis said on Sunday he would make a one-day trip to the Bosnian capital of Sarajevo in June, his latest visit to a country amid growing persecution of Christians in the Middle East.

After the weekly Angelus prayer in St. Peter's Square, the pope told pilgrims he would go to Sarajevo on June 6 to encourage "reconciliation, peace, inter-religious dialogue and friendship".

It will be the first papal trip to Sarajevo in 18 years. Pope John Paul II ignored apparent assassination threats to visit the war-torn city in 1997, when he urged greater dialogue between Bosniak Muslims, Catholic Croats and Orthodox Serbs.

The pope will visit a country still looking for the unity needed to address high unemployment, corruption and deep political polarisation. These ills have dogged the Balkan country since the 1992-95 war, prompting violent anti-government riots across the country in February last year.

The pope's Bosnia-Herzegovina trip follows visits to Jordan, the Palestinian territories, Albania and Turkey last year, where he sought to foster cooperation with moderate Islam to protect Christians facing increasing persecution in the Middle East, especially in Iraq.

In his September visit to Albania, the pontiff hailed it as a model of inter-faith harmony because of good relations between its majority Muslim community and its Christian denominations.