Nicolay Koblyakov asked for asylum after a Bulgarian court banned him from leaving his apartment in Sofia until Russia's extradition request could be considered. 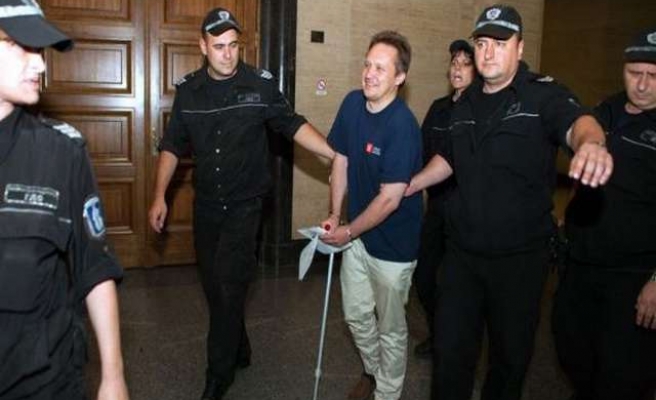 A prominent opponent of Russian President Vladimir Putin has requested asylum in Bulgaria, where he is being held under house arrest after Moscow asked for his extradition.

Nicolay Koblyakov asked for asylum on Wednesday, after a Bulgarian court banned him on Monday from leaving his apartment in Sofia until Russia's extradition request could be considered.

Moscow says the request is related to suspicion of fraud dating back to 2004 and 2005. Koblyakov denies the charges and says he fears political persecution by Russian authorities.

Koblyakov, 44, is a dual Russian and French citizen who founded the French non-governmental organisation Russie-Libertes, which has staged a series of anti-Putin protests in France.

"Dear friends, yesterday in a letter I asked the President of Bulgaria to grant me a political asylum in the country because of political persecution by the Russian authorities," Koblyakov wrote on his Facebook account.

"The threat for my life, if I am to be returned to Russia, is really big and these are not just my concerns but also of human rights groups like Amnesty International France, ACAT France and Russie-Libertes," he said in another post.

Criticism of Russia's campaign against dissent has grown as Moscow clamps down on activists, journalists and internet users. Koblyakov's detention has sparked protests in Sofia and Paris, where human rights activists have urged the Bulgarian authorities to reject the extradition request.

The president's office confirmed it has received Koblyakov's letter and said its asylum commission will look into it. A Bulgarian court has yet to rule on the extradition request.

"Koblyakov firmly disagrees to be extradited and does not accept the accusations of the Russian authorities," his lawyer, Biliana Kotsakova, said.

He was detained at Sofia Airport on July 29 on an Interpol warrant and held for 72 hours. A Bulgarian court later released him but banned him from leaving the country until an official request from Russia is received.

Bulgaria historically has had strong ties to Moscow, but it has gone along with EU sanctions imposed against Russia over the conflict with Ukraine, saying it is a reliable EU and NATO member.