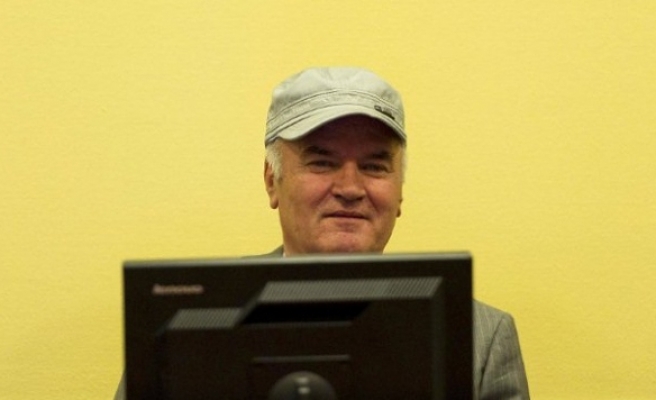 Former Bosnian Serb commander Ratko Mladic was jailed for life by UN judges on Wednesday after being found guilty of crimes against humanity, including genocide.

He was also found to have had "significant responsibility" for the genocide of over 8,000 Muslim men and boys committed at Srebrenica in 1995.

Judges for the International Criminal Tribunal for the Former Yugoslavia (ICTY) sitting in The Hague unanimously found Mladic guilty of culpability in the Srebrenica murders which took place towards the end of the country's brutal three-year civil war.

His involvement extended to the genocide and persecution, extermination, murder, and the inhumane act of forcible transfer in Srebrenica.

Mladic faced two counts of genocide, among other crimes, but although the court found him guilty over his role in Srebrenica he was found not guilty of genocide in six other Bosnian municipalities: Foca, Kljuc, Kotor-Varos, Prijedor, Sanski Most and Vlasenica.

He was also convicted of a string of crimes against humanity, including persecution, extermination, murder, murder as a violation of the laws of war and forced deportations.

Presiding Judge Alphone Orie said: “Circumstances were brutal; those who tried to defend their homes were met with ruthless force. Mass executions occurred and some victims succumbed after being beaten.

"Many of the perpetrators who had captured Bosnian Muslims, showed little or no respect for human life or dignity”.

This had the objective of "permanently removing Bosnian Muslims and Bosnian Croats from Bosnian Serb-claimed territory," judges said.

Other JCEs took place during the conflict, including "taking UN personnel hostage to compel NATO to abstain from conducting air strikes against Bosnian Serb targets".

Some UN staff were taken and held at gunpoint in operations the court said Mladic bore responsibility for.