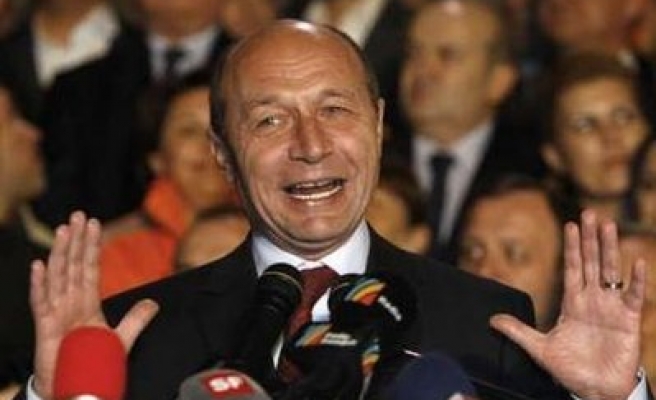 The anti-corruption prosecutor's office said Mircea Basescu had accepted the sum from the son of the jailed man and promised to intervene with magistrates with the aim of securing his release or a shorter sentence.

Basescu, a businessman, has repeatedly denied taking money to influence the judiciary.

He was ordered detained for 30 days by a court on June 20. No date was set for the trial, which will take place in the Black Sea port of Constanta, his hometown.

Romania ranks behind only Greece and Bulgaria in terms of corruption in the 28-nation European Union, according to Transparency International, and the European Commission has put its justice system under special monitoring.

More than 1,000 people were convicted of corruption last year in the country. Those sent for trial included six ministers and members of parliament, five county council heads, 34 mayors and deputy mayors, judges, lawyers and managers of state-owned firms.