Sarajevo Canton PM resigns following public protests. Bakir Izzetbegovic, the Bosniak member of three membered presidency council, says that the only way out of the ongoing protests accross the country is early elections 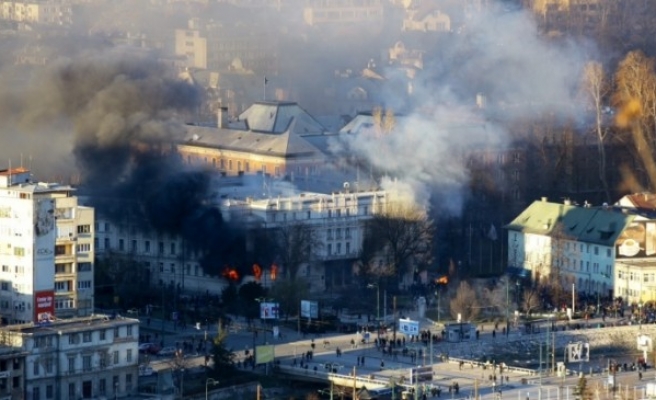 The Prime Minister of Sarajevo Canton, Suad Zeljković has resigned from his post during a Cantonal Committee meeting of SDA Sarajevo to discuss the current situations in Canton Sarejevo, on Saturday.

The resignation came following two days of demonstrations, where several thousand protestors took to the streets.

On Saturday, a group of protesters walked to Una-Sana Canton Prime Minister, Hamidia Lipocavais office with slogans asking for her resignation and for the dissolution of the Canton government.

The protesters stoned Lipociva's house and the riot police intervened and dispersed the group.

Speaking to Anadolu Agency Lipovaca said, ''I am still in Bihac and support the discontent of the peope who show it in a democratic way. However, I hereby condemn those vandalizing and destructing public properties. The canton government work in full capacity and I don't think to resign."

Speaking to a private television station in Bosnia, Izzetbegovic said that the country should go to early general elections to end the ongoing protests which have rocked the country for four days.

"I dont feel blamed for the recent events," Izzetbegovic said "Bosnia is strong, patriotic forces are strong enough to survive the crisis; thus, if the system collapses a new one will be established."

Izzetbegovic said that there are provocative groups among the peaceful protesters who carry stones to the city centers to provoke the peaceful mass.

Bakir Izzetbegovic also suggested that a crisis management center should be established to deal with the ongoing crisis.

A series of protests began in Tuzla earlier this week by disgruntled public workers, who claim they have been deprived of their social rights and benefits.

The protests, which spread to other cities, including the capital Sarajevo, and Bihac, Zenica, and Mostar, have been dubbed as the 'Bosnian Spring', by the Bosnian media.

More than 300 hundred people have been wounded in the protests, around 200 protesters detained, and 17 public buildings burned.