Scores of refugees march through Slovenia 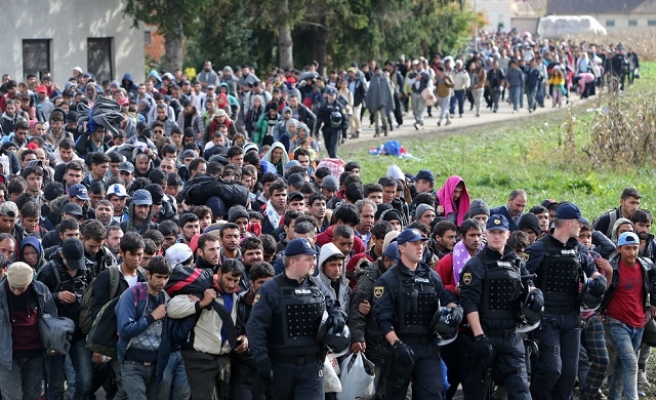 Hundreds of refugees, who had crossed the Slovenia-Croatia border near Dobova, were escorted by Slovenian police through fields to a camp in Brezice on Tuesday.

Slovenia deployed the army to guard its border on Tuesday, after it announced over the weekend that it would restrict the flow of refugees into the country to 2,500 daily.

According to the Interior Ministry, 19,500 migrants have poured into Slovenia since Hungary closed its border with Croatia on Friday. As a result. Slovenia is accusing Croatia for contributing to the surge and ignoring requests to stem the flow.

This footage shows Slovenian policemen escorting hundreds of refugees through a field, towards a camp in Brezice.