The Serb attempt to ban the veil in public spaces is widely criticised as playing inter-religious tension ahead of a national election scheduled for Oct. 3. 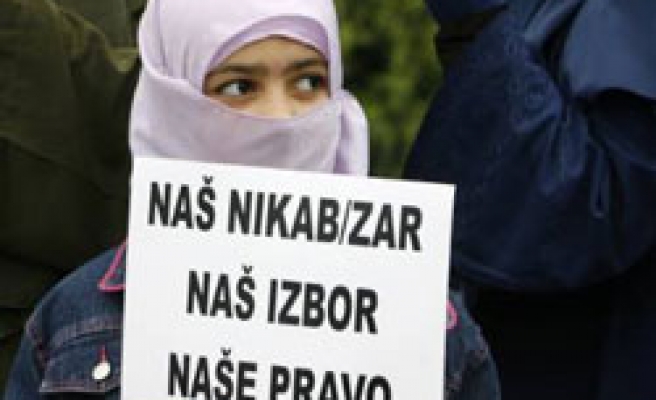 The attempt by the Serb Republic ruling Alliance of Independent Social Democrats to ban the veil in public spaces is widely criticised as playing inter-religious tension ahead of a national election scheduled for Oct. 3.

Only a handful of women wear the niqab and even fewer the burqa in Bosnia, where generally Bosnian Muslims or Bosniaks represent the largest ethnic group.

The Muslim and Croat deputies were expected to reject the attempt to ban after their delegates in a parliamentary commission said it would violate the human rights and religious freedoms.

The Serb deputies targeted a Muslim woman who wears a niqab and attended the parliamentary session as a visitor. So the parliament session did not discussthe ban.
They said, they were "threatened" by the presence of the woman in the niqab.

The woman identified herself as Nadja Dizdarevic, a human rights activist who organised a protest of a group of veiled women against the bill this week.

"I am surprised, disappointed and hurt that ... my attendance at the session has been a problem," said Dizdarevic, who had to leave the parliament building after the deputies decided to drop the bill from the discussion.

Bosnia's national parliament comprises deputies from the Balkan country's two autonomous and regions, the Muslim-Croat federation and the Serb Republic.

However, parliament will discuss the bill on ban at its next session on Sept. 1.