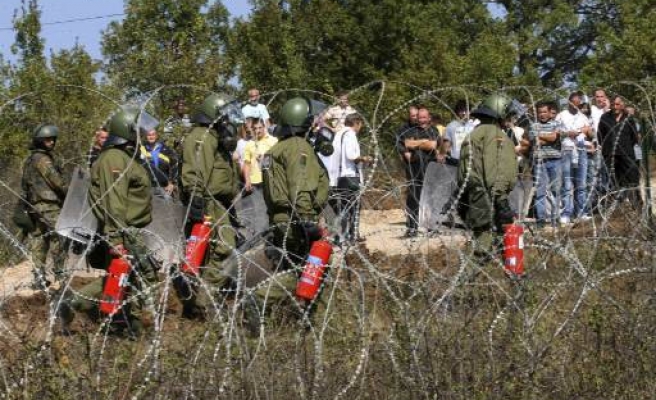 Four NATO troops from the KFOR peackeeping force in Kosovo were injured after improvised explosive devices were thrown at their positions near a contested border crossing in predominantly-Serb north of the country, a NATO spokesman said on Tuesday.

"Four solders were injured in explosions of pipe bombs. Three have minor injuries, while the fourth (soldier) who has serious injuries will be evacuated," said Kai Gudenoge, a NATO spokesman in the capital Pristina.

NATO said its forces had responded with rubber bullets after Kosovo Serbs fired at the border checkpoint.

"All wounded Serbs were transferred to the hospital," said Branko Ninic, the mayor of the nearby town of Leposavic, about 100 kilometers north of Kosovo's capital Pristina. "Right now we are urging people to remain calm. This situation is very dangerous."