Serbia and Kosovo have inched towards better ties after signing agreements in several key areas following EU-mediated talks. Both have EU ambitions that hinge on improved relations. 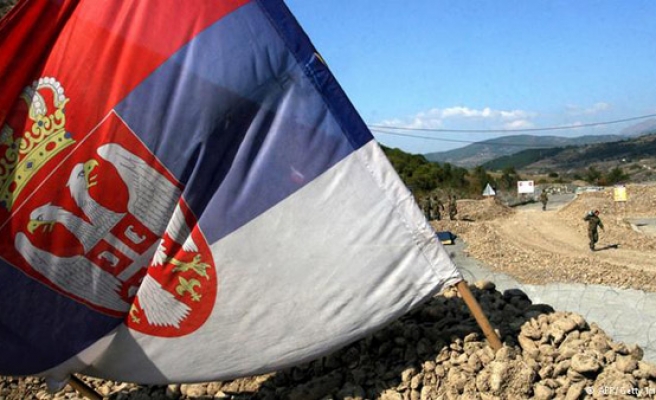 Serbia and Kosovo reached a "landmark" agreement in several key areas on Tuesday in a major step towards normalising ties after war and Pristina's unilateral declaration of independence, the EU said.

Prime ministers Aleksandar Vucic of Serbia and Isa Mustafa of Kosovo reached a deal in four areas including energy and telecoms, said European Union Policy chief Federica Mogherini, who is brokering the talks.

"Solutions such as those found today bring concrete benefits to the people and at the same time enable the two sides to advance on their European path."

The agreement comes two days before a major summit grouping leaders of western Balkan nations and Mogherini, amid concerns over a huge flow of migrants through the region and over Russian influence.

Neighbours Serbia and Kosovo have been at odds over Pristina's 2008 unilateral declaration of independence from Belgrade, which has refused to join the United States and most of the EU in recognising Kosovo as an independent state.

In 2013 Pristina and Belgrade signed an EU-brokered agreement to normalise ties which enabled Belgrade to start EU accession talks a year later.

The agreement on Tuesday involves setting up a judicial structure in northern Kosovo acceptable to both the minority ethnic Serbs and majority Kosovars, who are ethnic Albanians, the EU said.

It also includes energy matters and a plan to boost Kosovo's telecommunications system.

The deal further covers use of the disputed Mitrovica Bridge.