Serbia 'not ready' to see Kosovo as UN member state 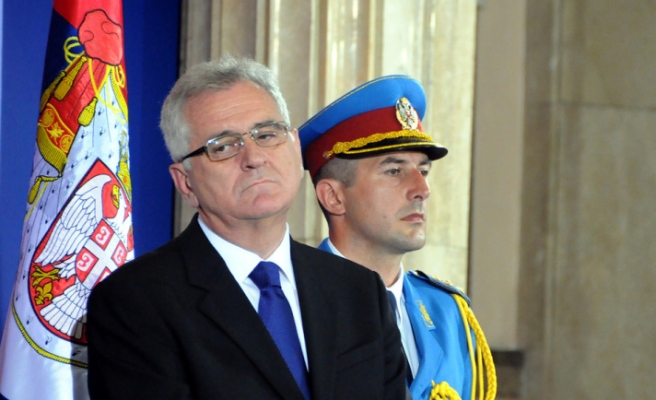 In his address before the UN General Assembly, Serbian President Tomislav Nikolic expressed his hopes for the opening of accession talks with the EU in January 2014, and that negotiations would not last "too long."

"Serbia is looking forward to EU membership," said the Serbian President, expressing the hope that he will in the next session of the UN General Assembly on the progress of these negotiations.

However, he referred to the agreement the EU mediated between Belgrade and Pristina this spring. The fulfilment of the obligations from this agreement is a main precondition for Serbia and Kosovo to move towards the EU.

Kosovo declared independence from Serbia in 2008.

The agreement, Nikolic said, does not mean that Serbia will accept Kosovo as a UN member country "in any circumstances."

Noting that Serbia supports the activities of the European Union Rule of Law Mission in Kosovo (EULEX) and that the mission should maintain a neutral approach, Nikolic has appealed that the mandate of United Nations Interim Administration Mission in Kosovo (UNMIK) remain unchanged with the same number of its members in order to strengthen its activities.

The president requested the support of the UN in finding the truth regarding the kidnapping and killings of Kosovo Serbs.

Referring to the requirement that the ICTY has previously refused, Nikolic again asked the UN and the ICTY to allow Serbian convicts to serve their sentence in Serbia, primarily for their easy re-socialization.

"We do not want to go into the essence of the judgments and we do not try to relativize the crimes these individuals have committed," said Nikolic, explaining that Serbian authorities would like to see them living in the community after serving their sentences.

He said that "Serbia in its history has never led an aggression," and that the weapons made in the country were used "only for defense."

Speaking about the fight against terrorism, Nikolic said that Serbia "as a victim of terrorism very well understands the needs of regional and wider cooperation in the field of anti-terrorist activities."

"In addition, Serbia has never been a threat to anyone and did not possess weapons for mass destruction," said Nikolic, referring to the threat of terrorism in the world.

"Symbolically and substantively, we have shown that we want to reconcile with the people who live near us. These acts, I am convinced, will significantly contribute to reconciliation and correct the harms of the past," he said.

Nikolic expressed Serbia's readiness to continue its activities and participation in peacekeeping missions according to the UN charters.