Serbia's prime minister on Sunday has urged for an early election this year in a bid to consolidate his power. 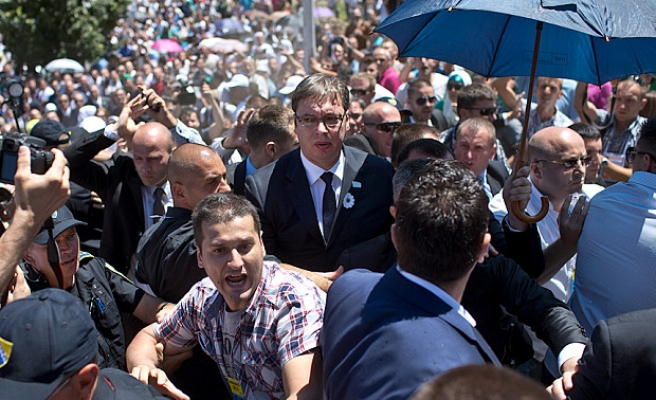 Serbia's Prime Minister Aleksandar Vucic on Sunday called for early parliamentary elections so that the country can "be ready to join the European Union" by 2020.

Vucic's call during a meeting of his party's leadership in Belgrade comes two years before new elections are due under the constitution.

His conservative, pro-EU Serbian Progressive Party (SNS) holds an absolute majority in parliament with 158 of 250 seats.

In order for early elections to happen, the prime minister can either resign or he can ask President Tomislav Nikolic -- who is an ally and founded the SNS party -- to end the parliament and call for a vote.

Elections would then have to be held within 60 days.

"My decision is that we will have elections ... Serbia needs four more years of stability so that it is ready to join the European Union," Vucic said.

Serbia must "by 2020 complete its reform process and reach the gates" of EU accession, Vucic said.

In December, Serbia began the first two of 35 stages in negotiations for Belgrade to join the EU.

"We want a society that wants to work hard and we want Serbians to tell us if they want the same thing," Vucic said.

In March 2014 the SNS was swept back to power in a vote that was held two years before parliament's mandate was due to expire.