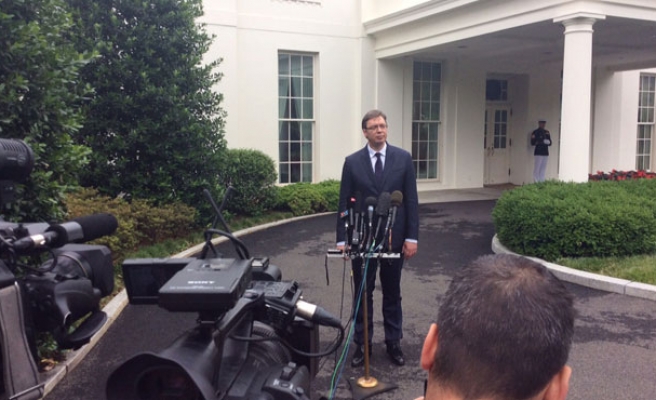 "I will never accept policies of hatred towards refugees," said Serbian Prime Minister Aleksandar Vucic at the "Balkan Route and Refugee Crisis" conference in the capital Belgrade Monday.

He noted that the latest waves of refugees represented the greatest challenge to the policy of migration in Europe.

"A large wave of population movements from crisis areas, which are at first glance [far] away from us, reminded us of how the world really is small. We are all now dependent on each other. Endangering safety and preventing development and growth anywhere in the world, sooner or later, will have consequences for us," said Vucic.

Meanwhile, about 114,237 immigrants entered Croatia since Hungary sealed its borders and 275 of them still remain at the refugee camp built by the troops, according to the latest data from the Croatian Interior Ministry.