'Yes we all want to join, but it is no longer the big dream it was in the past,' Aleksandar Vucic says 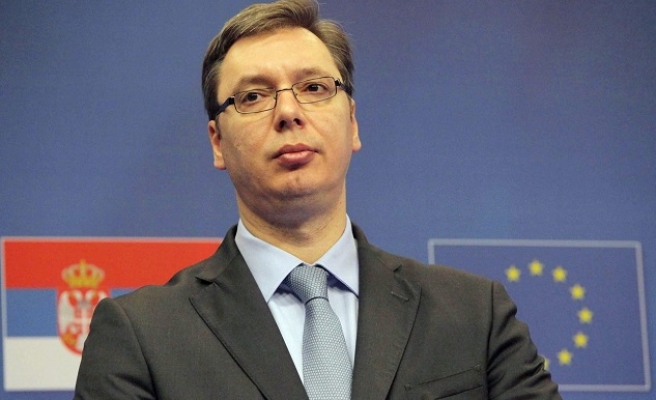 The European Union has lost some of its allure for Balkan countries seeking to join, thanks to the refugee crisis and concerns about Britain leaving the bloc, Serbia's prime minister said Monday, RFE/RL reported.

But the bloc "has lost its magic power" for Balkan countries aspiring to join, he said at a European Bank for Reconstruction and Development conference. "Yes we all want to join, but it is no longer the big dream it was in the past."

Balkan countries have been caught in the middle of the European refugee crisis, with hundreds of thousands of people who have fled war and poverty in the Middle East crossing through the Balkans in the desperate hope of getting refuge in the EU.

The so-called "Balkan route" for refugees from Syria, Iraq, Afghanistan, and other countries, runs through Macedonia, Serbia, and Croatia.

Vucic told Reuters the Balkan public is also disillusioned by the threat of Britain, a longstanding EU member, leaving the union.

"When you see that in Britain at least 50 percent of the people say they want to leave, that has an effect on the public," he said.

British Prime Minister David Cameron last week negotiated changes to the terms of Britain's EU membership and hopes to persuade voters to back them in a referendum set for June 23. But opinion polls show the outcome could be close.

Despite being less attractive than before, joining the EU would still be a smart move for Serbia, Vucic said.

“I have told them openly the EU is not as attractive as it used to be, but we are rational people and we know this is the best for our country," he told the conference.

Vucic added that Serbia is not prepared to abandon its close relations with Moscow to join the EU, despite the economic sanctions the EU has imposed on Russia.

"I have told them unambiguously that we continue our cooperation with the Russian Federation,“ he said. "We would like to preserve good relations with Russia."

Among Serbia's neighbors in the Balkans, Bulgaria, Romania, and Croatia are already in the EU. Countries hoping to join like Serbia include Macedonia, Montenegro, Albania, Bosnia, Kosovo, and Turkey.

The EU encouraged Serbia in December by opening talks in two new policy areas. But Belgrade's continued refusal to recognize the independence of its former province of Kosovo likely remains a hurdle.