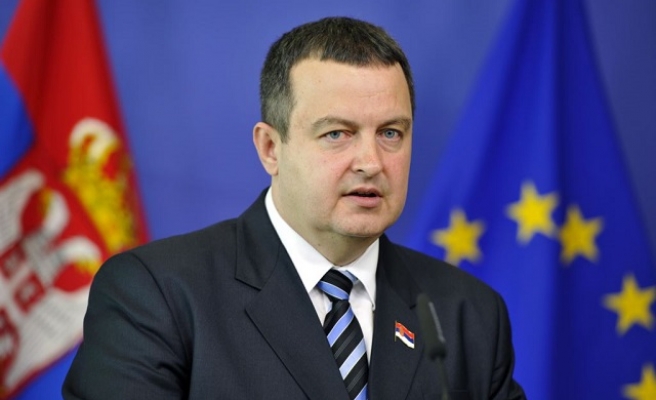 Serbian Foreign Minister Ivica Dacic on Wednesday summoned the country's ambassador to Kiev for consultations on current issues in relations with Ukraine.

The move came days after Ukraine’s ambassador to Serbia, Oleksandr Aleksandrovych, was summoned to Kiev for consultations over his comments regarding the participation of Serbian mercenaries on the Russian side in the war in Ukraine.

A statement issued by Serbia’s Ministry of Foreign Affairs said Serbia remains dedicated to building good relations with Ukraine on the principles of mutual respect and "will not allow itself to become collateral damage of international relations that have nothing to do with Serbia".

"As we know, Serbia has repeatedly pointed out that since the outbreak of the crisis in Ukraine, it has respected Ukraine’s territorial integrity. Serbia has also taken a number of concrete steps to (judicially) process Serbian citizens who took part in wars abroad, including in Ukraine," Dacic said.

Dacic recalled that it is well known that Ukrainian mercenaries took part in the crimes committed by Croatia's forces against the Serb people in Croatia during the 1990s whom Ukraine -- unlike Serbia -- never condemned.

Ukraine’s Foreign Minister Pavlo Klimkin and Aleksandrovych discussed ties with Serbia and in particular the issue of Serbian mercenaries fighting in Donbass, Ukraine’s Ministry of Foreign Affairs said in a statement.

According to the statement, Ukraine is seriously concerned about illegal contacts of the representatives of Serbia with occupied Crimea.

In an interview with the Balkan Investigative Reporting Network published Nov. 1, Aleksandrovych said Russia is “using Serbia to create chaos and provoke a new war in the Balkans".

The Serbian Ministry of Foreign Affairs issued a warning to Kiev the next day that it would be "forced to take steps" unless the diplomat abandoned his "inadmissible behavior".

This was interpreted as a final warning before expelling the ambassador.