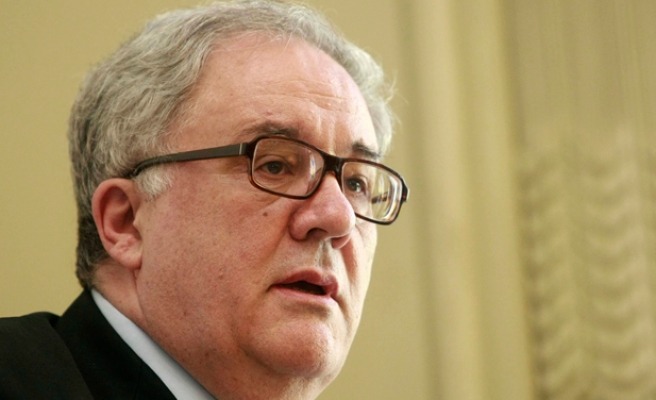 Prominent figures expressed their support for Serbian Academy for Sciences and Art chief Tuesday after he stated that Kosovo "is not in Serbia's hands anymore either de facto or de jure", adding that someone should openly say that to the people.

More than 100 intellectuals argue in their letter of support that Vladimir Kostic's right to a public stance has been violated, adding that "everyone has a right to express their own attitude on Kosovo as well as on any other topic.

"That right cannot and must not be denied by reference to what individuals or government proclaim is the national interest. No one has a monopoly over the issues of importance for all Serbian citizens," the letter said.

Kosovo declared independence from Serbia in 2008, Belgrade refuses to accept the fact up until this day.

"With his public appearances, academician Vladimir Kostic has greatly contributed to building a culture of dialogue and moving heavy topics from closed, monopolistic circles into public life… Any retaliation and pressure on him because of a spoken word would mean a drastic step backwards and would seriously harm the development of the state and society," the letter added.

In an interview with Radio Belgrade on Sunday Kostic said that it was long evident that Serbia had lost control over Kosovo.

"Honestly speaking, if a minister, prime minister or president must seek permission to enter that territory, it is very clearly that we have neither the human nor economic nor any other capacity to impose our will [there]," Kostic said.

"It is bad time for such statements at a moment when we are trying to prevent Kosovo's UNESCO bid," Vucic said.

Responding to the criticism, Kostic said that it was his personal view on Kosovo, and that he did not speak on behalf of the Academy.

The Serbian parliament's committee for Kosovo also condemned Kostic, arguing that his attitudes are contrary to the Serbia's national interests and only weaken the whole country.

Serbian Academy for Sciences and Art was once known for its nationalist fervour. It published a notorious memorandum in 1986, which demanded the recentralisation of Yugoslavia and accused both Croats and Albanians of committing a form of silent genocide against the Serbs in Kosovo and Croatia.