Prime Minister Aleksandar Vucic accused the OSCE of waging the "dirtiest campaign" against him and Serbia. He challenged the group to produce evidence to support its accusations. 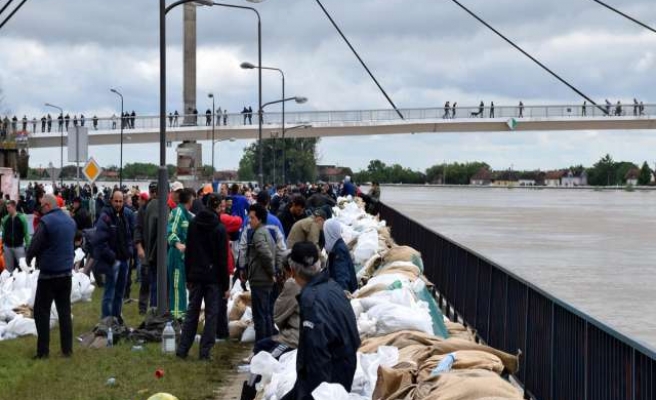 Serbia's prime minister accused Europe's chief security and rights watchdog of lying on Monday after it alleged his government tried to smother online criticism of its handling of devastating floods last month.

Declaring himself "deeply worried" by the accusation, Prime Minister Aleksandar Vucic accused the Organisation for Security and Cooperation in Europe (OSCE) of waging the "dirtiest campaign" against him and Serbia.

Some 51 people died in Serbia and thousands more lost their homes in May when the heaviest rainfall recorded in more than a century caused rivers to burst their banks, submerging towns and washing away roads and bridges.

Dunja Mijatovic, OSCE freedom of media representative, said in a statement last week she was deeply concerned about what she described as a "worrying trend of online censorship in Serbia".

She cited the removal of online content perceived as critical of Belgrade's flood response and the detention of three people for allegedly spreading panic through online posts.

Serbia's human rights ombudsman also warned on Monday of an "emergency situation" in terms of freedom of expression.

"The sequence of events ... suggests that this is not a question of someone's poor understanding of the situation, but an organised effort aimed at stifling criticism," Sasa Janovic told Serbia's B92 television.

Vucic is a former ultranationalist who served as information minister in the late 1990s, when independent media were fined and shuttered under draconian legislation designed to silence dissent as strongman Slobodan Milosevic readied for war with NATO over Kosovo.

He changed tack to embrace Serbia's path to European Union membership in 2008 and returned to government in 2012.

Vucic's strong grip on power has unnerved some in Serbia who fear a return to authoritarianism, something the prime minister has dismissed. Much of that fear has been channeled through blog posts and online media.

Using powers under a state of emergency declared during the flooding, police took three people in for questioning on suspicion of "inciting panic" by their online posts, and summoned about a dozen more.

In a statement, Mijatovic on Monday said she spoke with Vucic earlier in the day and "received assurances that he personally and his government will tackle these issues."

"My message to the government remains: these actions need to be investigated and those behind them must be held accountable," she said. "It is the role and duty of the government to protect and nurture freedom of expression whether online or offline."

Mijatovic also said a website was blocked on Monday after reporting allegations that Interior Minister Nebojsa Stefanovic, a top-ranking official of the ruling Serbian Progressive Party (SNS), had plagiarised his doctoral thesis.

Belgrade's Megatrend University, where he completed his studies, dismissed the allegation as unfounded.