Vucic, who is due to take office later on Sunday after a parliamentary vote, presented his programme to the legislature 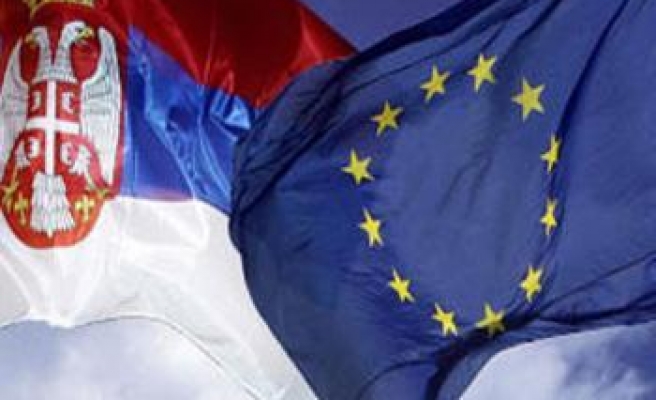 Serbia's next prime minister, Aleksandar Vucic, pledged on Sunday to implement a difficult reform of the bloated public sector that his predecessors had fudged fearing social unrest.

Vucic, who is due to take office later on Sunday after a parliamentary vote, presented his programme to the legislature. He has the strongest popular mandate of any Belgrade government since the days of Slobodan Milosevic, leader during the wars of Yugoslavia's demise in the 1990s that left Serbia isolated and bankrupt.

"I am ready to undertake the task of implementing reforms as I am convinced that in case the status quo is maintained, consequences would be detrimental," Vucic told parliament.

He said his government plans to revise the budget by the end of June to cap a consolidated budget gap on a planned 7 percent of gross domestic product (GDP) after the top advisory body warned the deficit could exceed 8 pct of GDP.

The budget revision is a key to securing a new International Monetary Fund (IMF) loan deal that could cut Serbia's borrowing costs and reassure investors that the government is committed to reform.

But to secure the deal, the government will have to curb the public sector, reform the ailing pension system and cut subsidies to loss-making state-owned companies.

Since Serbia emerged from international isolation in 2000 with the ouster of Milosevic, successive governments have avoided any attempt to downsize the public sector, which employs nearly 800,000 people.

"One or two years on the same path would lead to the Greek scenario (in Serbia)," Vucic told parliament.

The measure is also a pre-condition the World Bank has set for a disbursement of its budget support loan.

Vucic said the new government will also sell its stake in telecoms operator Telekom Srbija "most likely next year", while a minority stake in the power utility Elektroprivreda Srbije (EPS) could be offered for sale in 2016.

To bring more liquidity to the country's economy which is forecast to stagnate this year, the government will secure subsidies loans to companies via commercial banks, Vucic said.

Investors will look to changes in bankruptcy and privatisation laws and a new law on planning in construction, promised by mid-July as a reassurance the government will remain on a reform path.

Vucic said his government would aim to achieve savings of 1.5 billion euros a year to curb the deficit to between 3 and 4 percent of GDP by 2017.

As a signal the government will deliver on promised economic overhaul, Vucic appointed non-partisan experts to run some of the key ministries, including ministry of finance, economy and public administration.