Belgrade to suggest Moscow for veto at the UN Security Council to block the adoption of the UN resolution on the Srebrenica genocide which is being drafted by Britain. 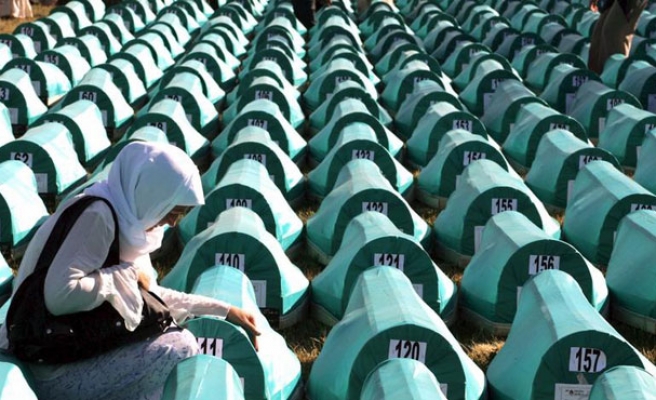 Belgrade would ask Moscow to use its veto at the UN Security Council to prevent the possible adoption of the proposed resolution on the Srebrenica genocide which is being drafted by Britain that marks next month’s 20th anniversary of Srebrenica, Bosnian Serb leader Milorad Dodik said Wednesday.

Milorad Dodik, president of the Bosnian Serb-dominated Republika Srpska entity, has also said that he will meet Russian foreign minister Sergei Lavrov in St Petersburg on Thursday and ask him to veto the resolution which he said “offends Serb victims” and could raise ethnic tensions.

Britain has said it is drafting a UN Security Council resolution to mark the 20th anniversary of the Srebrenica massacre in July, and reflect on the UN's failure to prevent genocide.

About 8,000 Bosnian Muslim men and boys were slaughtered by ethnic Serb forces in July 1995 in what was the UN-protected enclave of Srebrenica.

It was Europe's worst atrocity since World War II and has been labelled genocide by two international courts.

Britain hopes the move "will encourage further steps towards reconciliation."

The draft resolution is expected to come up for a vote during the first week of July as Bosnia prepares to hold commemorations at the Srebrenica memorial on July 11.

The draft resolution condemns the genocide and those who deny that it took place, and calls for the prosecution of all those responsible for the massacres