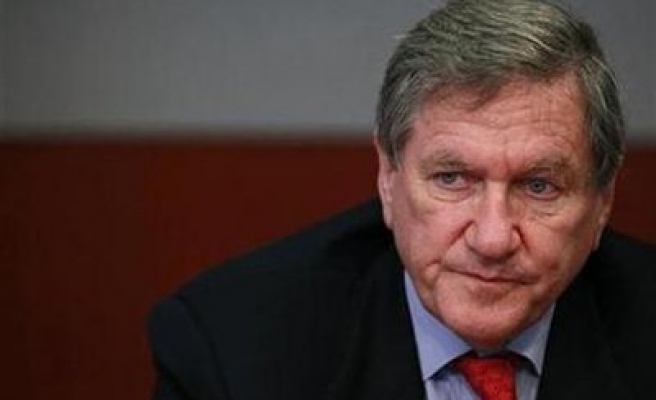 The name of smaller Bosnian entity “Republika Srpska” was wrongly chosen name at the time when Bosnian war was brought to the end in 1995, Daniel Serwer, professor of Conflict Management and senior fellow at the Center for Transatlantic Relations, at the Johns Hopkins School of Advanced International Studies told AA.

Commenting from Washington on this week's newly released around 300 CIA documents on Bosnian war, which were publicly presented at the symposium “Bosnia, Intelligence, and the Clinton Presidency,” in Little Rock, Arkansas – former US ambassador and special envoy for Balkans, Serwer told AA – documents are yet to be analyzed and read thoroughly.

But, when asked why Clinton Administration in Dayton 1995, agreed on the name "Republika Srpska", which is still considered as unfair - because it rewarded the perpetrators and insult the victims of the past war in Bosnia, particularly Bosnian Muslims - Serwer told AA, other US officials had doubts about it as well:

“On the question of ‘Republika Srpska,’ Dick (Richard) Holbrooke leaned over to me at the 10th anniversary celebration of Dayton hosted by the United States Institute of Peace (in 2005) to ask whether he had made a mistake to allow that term to be used.  Yes, was my answer.  At the time of the decision (that is late 1995), Holbrooke deluded himself into thinking it was so hard to pronounce no one in the international community would ever use the term.  He was wrong,” Serwer told AA.

In the meantime, some historians, diplomats and journalists already claim, there is little or not to much that these declassified intelligence files could help to learn more on Bosnian war – that we already do not know from archives and bestselling autobiographies. In 2004 President Clinton published almost 1,000 pages book of his memoir “My Life”. Still, when it comes to Bosnia some plain answers to hard questions are missing.

The CIA collection on Bosnia highlights the accomplishments of the Clinton administration in brokering the Dayton peace accord that put to the end almost four years long conflict in Balkans.

Dayton deal is important for US

When it comes to Dayton Peace Accord, reached in November 1995, Washington will not easily give up this diplomatic achievement in Bosnia:

“Dayton had its significance and the Americans will not want to see its achievements negated,” Serwer told AA, commenting on just released CIA files on Bosnia.

Fore more than a decade, analysts warn that Dayton peace agreement reached its peak, and -- serves more the politicians than ordinary people. They say Dayton political framework is marked by many shortcomings followed by selective implementation of local politicians in Bosnia. Recently a very high ranking US diplomat Philip Reeker, deputy assistant Secretary of State, at the Bureau of European and Eurasian Affairs, said – Dayton agreement is used by local Bosnian politicians to preserve the status quo and their economic interests.

“That said, they (Americans) long ago came to the conclusion that the Dayton constitution needs to be amended, not only to accommodate the Sejdic/Finci decision.  But it is up to Bosnians to find the political will and formula to do the necessary,” Serwer told AA.

In his remarks at the symposium, marking the first time one former US president participated in a CIA declassification event -- President Clinton said American public wasn't clamoring for military intervention in Bosnia nearly two decades ago. Clinton said – America should be proud of brokering peace in Bosnia in 1995.

I dont understand why the muslim extremists in Kosovo were allowed to declare independece from Serbia, but RS cant get away from Bosnia. Serbs not only stopped the Ottomans from taking most of Europe, they also suffered HUGE losses during WW2 from the Nazi led Bosnian Muslim Handschar division and Albanian 21st Waffen division. We need to be helping a historical ally, not the extremists.

Rewarded the perpetrators and insulted the victims? What kind of Sebrophobic horse manure is this?? But I can't be surprised, any time the Serwer lunatic is involved its bound to be some racism involved.