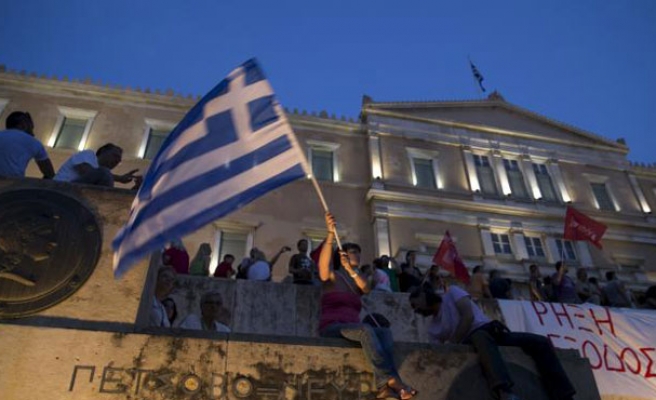 Sun-beaten and sullen, the four Albanian fruit-pickers returning home from a three-week stint working in Greece waved taxi drivers away at the border crossing because, they said, they could not afford the fare.

"This time we weren't paid," said one of the group, Mustafa Kullolli, 46, from the central Albanian town of Elbasan. "We were told we would get our 200 euros ($220) when the banks opened."

Greece's debt crisis is inflicting hardship on Greeks but the shockwave is fanning out too into its ex-Communist neighbours which are economically dependent on Greece and, because they are poorer, even less well equipped to deal with the consequences.

The potential impact on countries such as Albania, Kosovo, Serbia, Macedonia and Bulgaria is likely to be on the agenda of German Chancellor Angela Merkel - a central player in the Greek debt drama - when she visits the region starting on Wednesday.

With Greece losing its appeal as a source of earnings for Albanian migrant workers, more are heading to Germany instead. Some 16,000 Albanians have sought asylum in Germany from January to May, with 4,900 arrivals in May alone.

THE GREEKS HAVE NO MONEY

Kullolli and his three fellow cherry-pickers, who were crossing the border back into Albania on Tuesday morning, said to get back home they would try to find a free ride, or buy a bus ticket.

For the past three weeks, Kullolli and his group had been picking cherries and peaches in villages in the area of Edessa in northern Greece.

"The Greeks have no money, they are themselves in a crisis," he said. "They told us to come and work again in two weeks and get the money."

Among an estimated 600,000 Albanians who work temporarily in Greece, he and his friends had been making the trip for the past eight years. Things had been lean since the 2008 financial crisis but, he said, never so bad as now.

"They never kept money from us for agriculture jobs, but could do nothing about the banks this time," Kullolli said.

The economy in Albania, a country still struggling to shake off the legacy of its rule by Stalinist dictator Enver Hoxha, is heavily dependent on remittances sent back by people working in Greece. That cash fuels Albanian consumer spending, and funds the building of new homes.