More than 130,000 Croatians claim 160 million euros in savings that were deposited in Slovenian Ljubljanska Banka before the break-up of the former Yugoslavia. 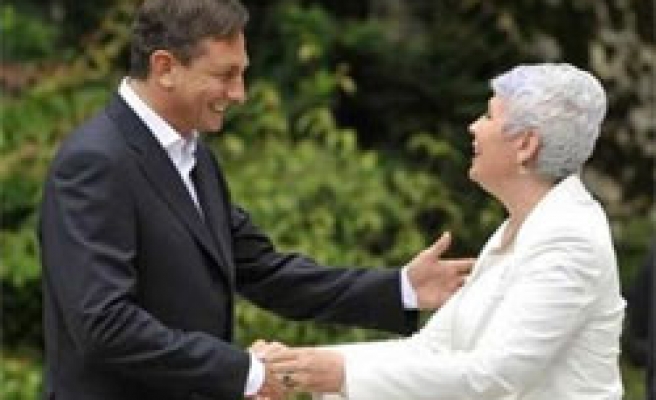 The prime ministers of Slovenia and Croatia agreed on Saturday to resolve a 19-year-old dispute over savings held by Croatians in a Slovenian bank by next October.

"We have agreed in which direction we will seek a solution of this problem and we expect the problem to be solved in three months," Slovenian Prime Minister Borut Pahor told journalists after meeting his Croatian counterpart Jadranka Kosor.

Slovenia is the only of the former Yugoslav states to have joined the EU and apart from Croatia none of the other former Yugoslav republics has opened EU membership talks.

Slovenia said in June Croatia would not be able to conclude its membership talks until it opens its market to Slovenia's largest bank Nova Ljubljanska Banka (NLB).

Croatia's central bank has said it was not ready to give consent to NLB to buy a bank or open a subsidiary in Croatia because of an unresolved dispute involving NLB's predecessor, the now-defunct Ljubljanska Banka (LB).

More than 130,000 Croatians claim 160 million euros (208 million dollars) in savings that were deposited in Slovenian Ljubljanska Banka before the break-up of the former Yugoslavia.

Slovenia believes the problem should be resolved as part of ongoing talks over the repartition of the former Yugoslavia heritage under the auspices of the Basel Bank for International Settlements (BIS), while Zagreb sees it as a bilateral problem involving a bank and individual citizens.

"We've agreed the problem should be solved in accordance with the international heritage agreements signed without infringing the fundamental rights of individuals," Pahor told journalists.

Slovenia's chief succession negotiator Rudi Gabrovec told local news agency STA separately on Saturday talks could now be held at the Basel-based Bank of International Settlements as that is the only option anticipated in the succession accord.

Slovenia blocked Croatia's EU bid for most of 2009 over a border dispute, until the two agreed to resort to international arbitration. The agreement has been ratified in both countries.

Accession talks for a candidate country are divided into 33 chapters, or policy areas. Croatia has so far opened all and closed 22 of the chapters. Each chapter can be closed only if all 27 EU member states agree.