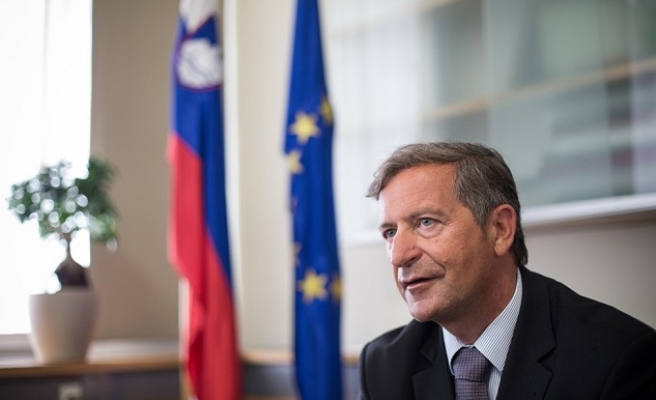 Turkey’s EU minister and Slovenia’s foreign minister have expressed on Wednesday that the two countries were on the same side on Syrian solution as well as the future of the war-torn country.

Bozkir said that Syria needed a solution “immediately” to prevent migration waves as well as any new acts of terror to take place. Erjavec said Slovenia, like Turkey, favored a political solution in Syria.

Erjavec praised the refugee deal between Turkey and the EU, and expressed his country’s support over Turkey’s EU membership.

“We have observed that there were no refugees from Turkey to the Greek islands over the last seven days," he said. “This is a very important development for us as more than 460,000 refugees passed through Slovenia on the Balkan route since the refugee flow started,” he added.

Earlier in March, the European Union and Turkey agreed on a deal to cut off the refugee flow from Turkey.

According to the deal, as of April 4, for every Syrian refugee or asylum seeker sent to Turkey from the Greek islands, a Syrian refugee from Turkish camps would be resettled in the EU. The EU also pledged to speed up Turkey’s accession talks.

Turkey is hosting the largest number of Syrian refugees in the world.