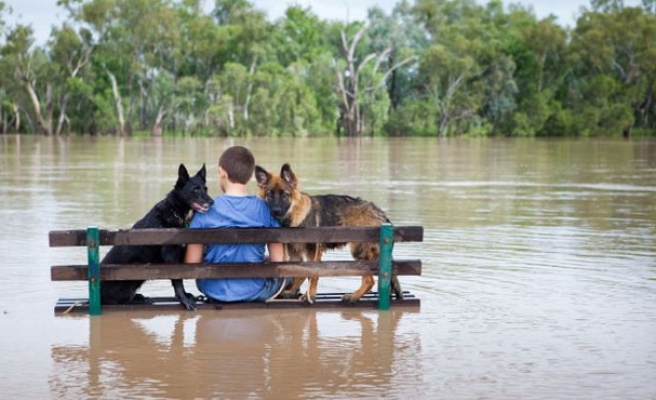 Soldiers were deployed in Albania and Macedonia on Monday to help rescue villagers and strengthen flood barriers after rivers burst their banks under heavy rain that was forecast to continue through the week.

A state of emergency was in place in much of eastern Macedonia and parts of northern and central Greece, where the 19th century Plaka Bridge - one of the largest single-arch stone bridges in Europe - was damaged over the weekend by raging floodwaters in the northwestern region of Epirus.

No casualties were reported

In Albania, rescue services and army helicopters rushed to the aid of villagers after a river that flows from Greece into Albania - known as the Aous in Greece and Vjosa in Albania - burst its banks over the weekend.

Near the UNESCO-protected south-central Albanian city of Berat, some of those trapped by the floodwaters called Albanian television stations to appeal for help, including two brothers who had sought refuge in a communist-era bunker.

In Macedonia, crisis-response authorities called on residents to join the army and local authorities in tackling the threat from swollen rivers.

Worst-affected was the town of Stip, some 90 km southeast of the capital Skopje. There, the level of the River Bregalnica had risen by almost two metres.