Sultan Murad still in Kosovo after 6 centuries, but not Milosevic

Sultan Murat I who commanded the Ottoman army during the Battle of Kosovo was commemorated in the 624th anniversary since his death in the Kosovan plain where the battle took place. 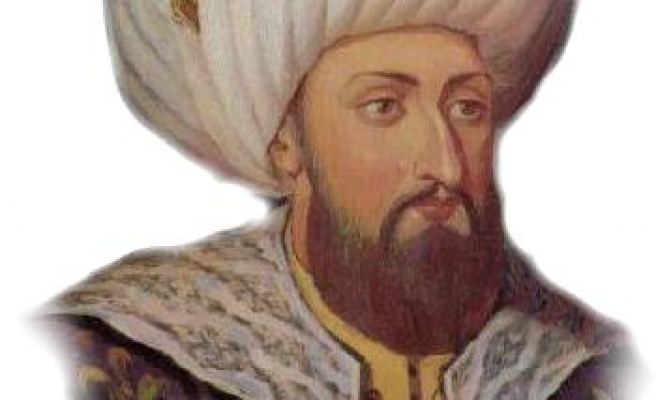 Sultan Murat I, the Ottoman Sultan who commanded the Ottoman army during the Battle of Kosovo was commemorated in the 624th anniversary since his death in the Kosovan plain where the battle took place. Another ceremony was held in Kosovo’s capital Pristine in which many Turkish officials were present. The Battle concluded with an Ottoman victory but Sultan Murad is said to have been assassinated by a Serbian notable called Milos Obilic who had allegedly managed to sneak through Ottoman army. His visceral organs were buried in a tomb built in that Kosovan plain.

What makes the commemoration worth reporting is the significant place of The Battle of Kosovo in 1389, also known as the Battle of the Balckbird’s Field for construction of Serbian nationalism.

Over the course of history, the Battle of Kosovo came to be seen as a symbol of Serbian patriotism and Obilic is today remembered as a national hero for many Serbs. This symbolism has had a durable legacy reaching the 20th century and has been open to abuse by Serbian politicians like Slobodan Milosevic. The Battle’s significance for the brutal Serbian leader who was responsible for the killing of thousands of Muslims during the Bosnian war, returned to prominence by giving a speech in this Kosovan plain in 1989, on the 600th anniversary of the war. In his provocative speech known as the Gazimestan speech, Milosevic legitimized his aggressive fascist policies aiming to revive Serbs’ national and spiritual integrity based on Serbian history.

However, today nobody among Serbs except some ultranationalists make any mention of Milosevic who represents blood, intolerance and fascism. On the contrary, Sultan Murad, an Ottoman figure characterizing pluralism, tolerance, peace and stability is still in minds and hearts. According to official figures, the number of visitors to the tomb of Sultan Murad in the Kosovan plain was more than 8 thousand in the first half of 2013.

The ceremony organized by the Turkish International Cooperation and Development Agency with the collaboration of the Bursa Municipality was attended by high-ranking officials including Bursa mayor Recep Altepe, Bursa deputy Tülin Erkal Kara, Turkish Ambassador to Pristine Songül Ozan, Kosovan Public Affairs Minister Mahir Yağcılar, Kosovan Health Minister Ferid Agani, and the head of the Kosovo Islamic Unity Association Naim Tirnava. This was the 9th ceremony organized for the memory of the Ottoman Sultan.

Bursa Mayor Altepe noted, “634 years ago, Sultan Murad was martyred in this land. From that day on, Kosovo is a Muslim land. Kosovo joined the Islamic civilization and has experienced Islamic culture for centuries. We owe this to Sultan Murad and his soldiers. We should not let this be forgotten. Our biggest purpose is to revive Sultan Murad’s ideals.”

The head of the Sultan Murad Foundation, Muhammed Ali Yıldırım said, "Sultan Murad sacrificed his life for the expansion of Islam. He came to Kosovo and died here. In our religion, we are advised not to refer to martyrs as being dead. Indeed Sultan Murad is still alive. Mosques and madrasas in Jakova, Prizren, Skopje and Beograd were built after the Ottoman conquests. These buildings are life lines of Islamic civilization in these cities."