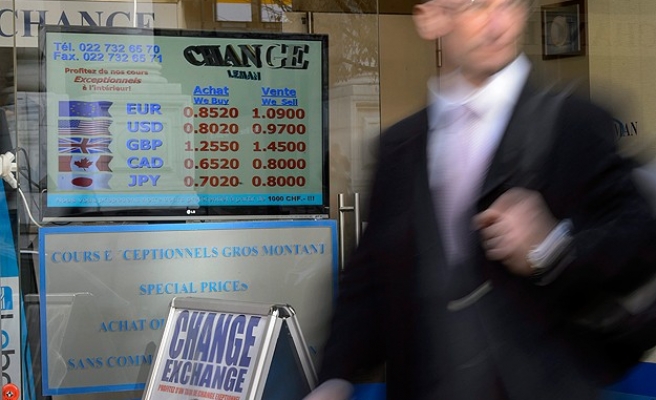 At least 19 borrowers have committed suicide in the Balkans due to inability to pay, according to Kemal Durakovic, president of the Association of Foreign Loan Borrowers.

Some bankrupt borrowers are threatening hunger strikes if the authorities do not take action.

Durakovic told the Anadolu Agency that there are 9,802 borrowers in Bosnia and Herzegovina, out of which 6,100 are in the Federation and 3,702 in the Republika Srpska.

He noted that the new situation affected about 50,000 Bosnians.

But the jump in Swiss franc interest rates has affected hundreds of households across Europe, according to borrower associations.

The number in France is relatively low, with only 5,000 loans outstanding, but is much larger in Hungary, Ukraine, Bosnia and Herzegovnia, Croatia, Cyprus, Serbia, the U.K. and Iceland.

According to the latest data from National Bank of Serbia, one-in-three approved housing loans in Serbia was indexed in Swiss francs, and the entire amount of the loans in the currency was close to one billion Swiss francs.

About 100,000 people are in some way affected by the lending in the country, according to Serbian media.

The total amount of the loans approved in the Federation entity of Bosnia and Herzegovina last year amounted to 150 million Bosnian convertible marks ($88.93 million).

Helene Feron-Poloni. a lawyer representing French clients who have brought suit against their banks for such loans with the firm LeCoq, Vallon et Feron-Poloni, said: "The banks who made these loans described them as bearing a low interest rate, compared with the euro.

"In fact, there was not, even at the outset, much difference between the interest rates on the two currencies."

"The banks also did not warn borrowers about the dangers of an interest-rate rise on the Swiss franc," she explains.

The danger has become acute now that the Swiss National Bank has abandoned its fixed minimum exchange rate of 1.20 for the franc against the euro.

Costs for making payments on Swiss franc loans have risen even more.

Sigrún Davidsdottir, an Icelandic journalist who has been covering the Swiss franc loan debacle, said: "In Croatia there were similar circumstances as long as five years ago – domestic rates were higher than Swiss rates, so banks started offering loans in Swiss francs.

"The Croatian kuna collapsed and these loans turned into serious liabilities."

"Croatian politicians have mostly been wholly unsympathetic to these borrowers, telling them squarely they should have been better informed and that borrowing always implies risk," Davidsdottir added.

The borrowers formed an organisation called the "Franc" and sued eight banks, on grounds of consumer protection, pleading that the banks had not informed people properly about the risk, Davidsdottir said.

The borrowers won their case in July 2013. The banks are now appealing.

In France, there have also been numerous court cases, with victories on both sides, according to Feron-Poloni.

But the best successes in court against the banks have been in Bosnia and Herzegovnia, she added.

"We have worked for five years to fight these banks, and we're finally starting to win," Durakovic said.