Alpine nation aimed to send financial aid to Serbia, Macedonia and Bosnia Herzogovina to help them deal with the ballooning migrant crises on their territories 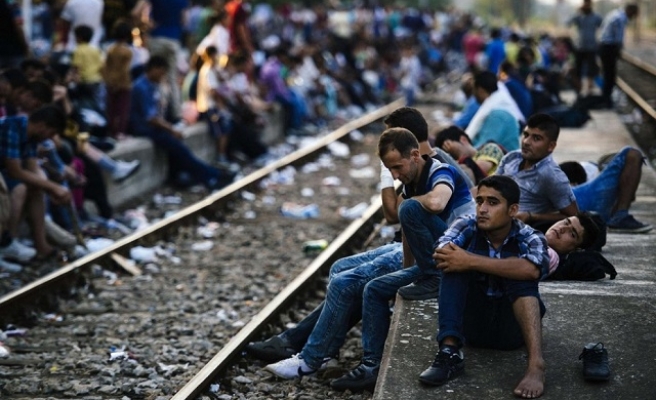 Switzerland said Sunday it was planning to send financial assistance to help Balkans nations cope with the massive numbers of migrants and refugees passing through in a bid to reach the European Union.

The Swiss foreign ministry confirmed a report in the NZZ am Sonntag weekly that the wealthy Alpine nation aimed to send financial aid to Serbia, Macedonia and Bosnia Herzogovina to help them deal with the ballooning migrant crises on their territories.

The issue will likely be discussed during a bilateral meeting between Switzerland and Serbia next week, she said.

The assistance could be filtered through authorities and national and international aid organisations on the ground, depending on the needs, the ministry said

Serbia and Macedonia especially have become major transit countries for tens of thousands of migrants trying to reach the EU in recent months, with Macedonia last week forced to declare a state of emergency.

Bern's decision to send money abroad to help deal with Europe's multifaceted migrant crisis is in line with the way most Swiss would like to respond, according to a poll published Sunday.

The Basel University survey, published by the Schweiz am Sonntag weekly, showed that 60.9 percent of the more than 1,000 people polled last month want Switzerland -- home to the Red Cross and with a long humanitarian tradition -- to take a leading role in the humanitarian response to the crisis.

But the poll showed that a full 83.1 percent of those questioned want Switzerland to provide generous assistance in the places where the crisis is unfolding, rather than by taking more refugees into the Alpine nation.

Two thirds of the people polled said they feared allowing too many refugees into Switzerland would hurt the country's prosperity, while 44.6 percent said they wanted Swiss borders temporarily closed.

The Swiss government has predicted that the country of eight million people will received around 30,000 asylum requests this year and again in 2016.