Protesters demanding free and fair elections organised by a transitional government in place of Djukanovic, who has been in power since 1990 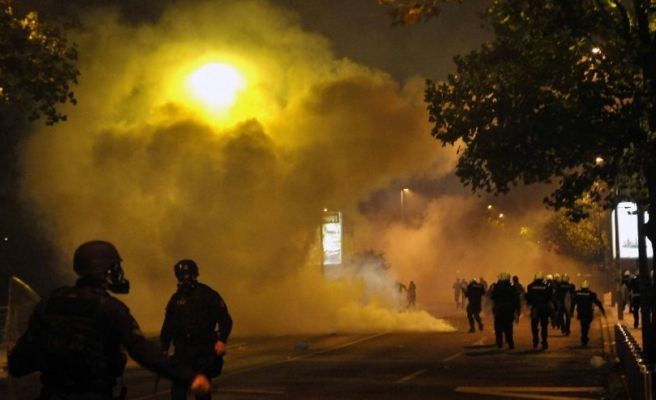 Police in Montenegro's capital Podgorica fired tear gas on Saturday night to disperse several thousand people who rallied demanding the resignation of Prime Minister Milo Djukanovic, the third such clash in a week.

Andrija Mandic, a MP and an opposition leader who was among the organisers of the protest, was detained, he added, giving no further details.

Protesters were throwing torches, fire bombs and firecrackers at anti-riot police guarding the parliament, in a bid to break the cordon and enter the building, when police fired tear gas to stop them.

Police and protesters, some of whom were masked and violent, clashed in several places later in the evening, the minister said. Police regained order in the town an hour later, patrolling with armed vehicles.

Earlier, up to 6,000 people, according to a police estimate, chanted "Milo thief!" and "He is finished!" in front of the parliament building, demanding free and fair elections organised by a transitional government in place of Djukanovic, who has been in power since 1990.

"More than 25 years in power would be too much even if he was Mahatma Gandhi and not this thief," said Raso, a 30-year old protester.

Djukanovic has previously rejected demands to resign, offering to call early elections after December's NATO meeting when the Balkan country is expected to be invited to join the alliance.

The prime minister has accused the opposition of trying to prevent the country's NATO membership, saying he is convinced Russia is behind the protests.

"Never to NATO," read a placard carried by one protester. But others, like pensioner Goran, said the protest was "not about NATO or Russia, but about poor life".

"Milo Djukanovic has robbed us, there are no jobs, he destroyed this country," Goran told AFP.

Nebojsa Medojevic of the Democratic Front, the main opposition bloc, said that "Montenegro has been destroyed by corruption, crime and the dictatorship of one person".

Several hundred anti-riot officers were around the parliament in downtown Podgorica at the time.

A week ago police used tear gas to disperse several hundred opposition activists trying to protest outside parliament despite a protest ban. And on Sunday, protesters hurled stones and used pepper spray against police, who retaliated with tear gas.

Djukanovic, 53, won re-election as premier in 2012, marking the third time he has held the post since Montenegro gained independence from neighbouring Serbia in 2006.

The next parliamentary polls in the country -- which has a population of around 630,000 -- are due early next year.