During the ceremony, 520 of massacre victims will be buried. 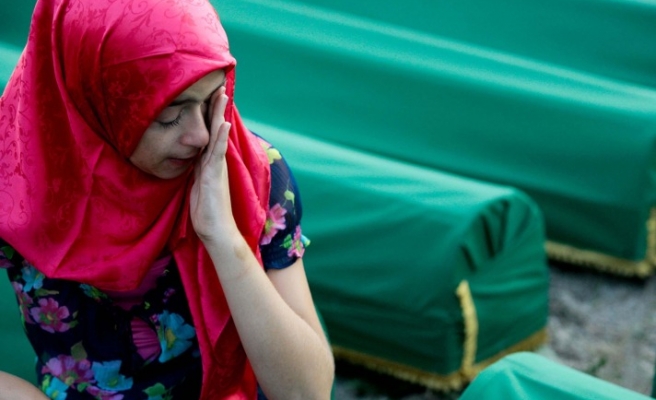 Thousands of people are gathering at the Potocari cemetery for the 17th year of Srebrenica massacre.

More than eight thousand Bosnian men were exposed to massacre in Srebrenica during the war in Bosnia, on July 11, 1995.

Ceremony at the Potocari cemetery will be held for remembering the lost ones.

During the ceremony, 520 of massacre victims will be buried.

17th anniversary of the Srebrenica massacre is being followed by Anadolu Agency, TRT, Al Jazeera, Reuters, AP and AFP.

Thousands of people will be attending the ceremony at the Potocari village which is six kilometres away from Srebrenica, in eastern Bosnia-Herzegovina.

Turkish Deputy Prime Minister Bekir Bozdag will be representing Turkey at the ceremony.