The early morning arrests were a rare intervention of Kosovo's special police forces into the northern half of Mitrovica, an ethnically divided city with Serbs in the north and Albanians in the south. 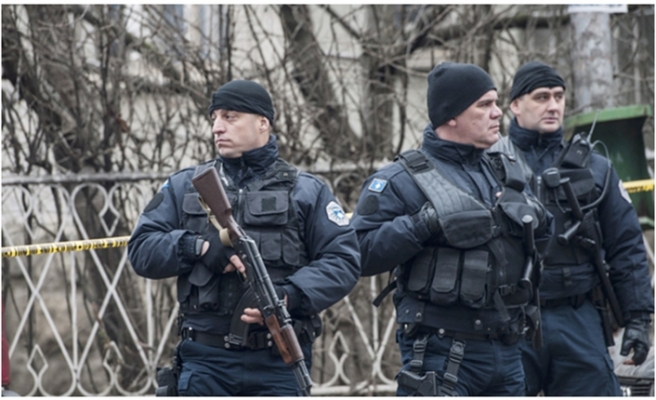 "Four people were arrested," Baki Kelani, a police spokesman in Pristina told AFP, adding that the fourth man was detained because he was trying to interfere.

Two of those arrested were police officers, Kosovo police later confirmed in a statement.

It added that authorities are searching for an additional suspect who was not home.

Ivanovic, a moderate Serb politician in a deeply polarised city, was assassinated by gunmen in front of his office in northern Mitrovica on 16 January 2018.

His killers have never been identified.

The 64-year-old was considered a rare Serb politician capable of building bridges between his community and Kosovo's ethnic Albanian majority.

But associates of Ivanovic, who was tough on crime, have said they believe the murder was more likely a mafia hit than related to communal relations.

The arrests come amid high tensions between Pristina and Belgrade, which retains strong influence over Serb communities in Kosovo, even after it declared independence in 2008.

Serbia does not recognise Kosovo as an independent state, locking the neighbours in a diplomatic feud.

In the latest provocation, Kosovo this week slapped Serbian imports with a 100 percent tariff in retaliation for Belgrade's efforts to undermine its statehood.

Following reports of Friday's arrests, Serbian President Aleksandar Vucic called a meeting with his defence and interior ministers and other security officials.

In Mitrovica, a Serb political leader Igor Simic slammed what he described as a "brutal arrest" and called on locals to come out and protest.

Meanwhile from Pristina, Kosovo Prime Minister Ramush Haradinaj urged citizens to remain calm and said the operation was "in no way related to any political development."