Trial of prison chief stirs memories of Romania's Stalinist past

Dozens of political prisoners perished at the jail, which between 1956 and 1963 was commanded by Alexandru Visinescu, whose trial for crimes against humanity began in a Bucharest court 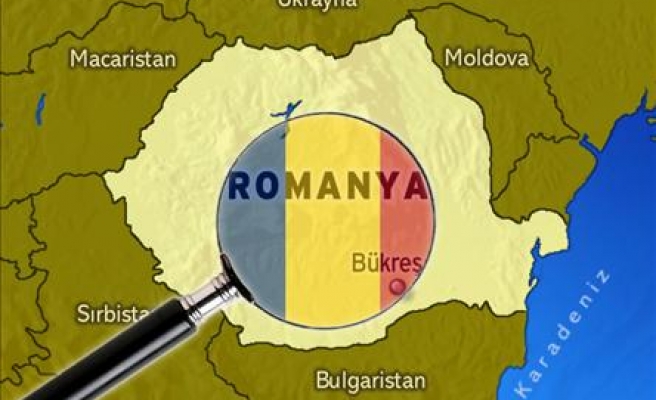 Valentin Cristea still remembers what life was like in one of the most grisly jails under Romania's former communist rulers, where political prisoners were sent.

"We were not allowed to sit on the bed until it was time to sleep at 10 pm," said Cristea, now 84, who spent six years in Ramnicu Sarat prison in eastern Romania and lost 20 kg (44 pounds) during his detention.

"Three elements were severe there: loneliness, which can drive you nuts, extreme cold during winter and food scarcity," Cristea, believed to be the only survivor still alive from the jail, told Reuters.

Dozens of political prisoners perished at the jail, which between 1956 and 1963 was commanded by Alexandru Visinescu, whose trial for crimes against humanity began in a Bucharest court on Wednesday.

Prosecutors have accused Visinescu, who turns 89 on Saturday, of subjecting inmates to beatings and starvation, denying them medical treatment and heating. He has said he only followed orders and blamed the country's Stalinist leadership.

The Institute for Investigation of Communist Crimes and the Memory of Romanian Exile (IICCMER) says it has given the court evidence of Visinescu's direct involvement in 12 deaths.

Visinescu's case is only the start, the institute says. Investigations are under way into four other former prison commanders and IICCMER has said it has a list of 35 prison officials now aged between 81 and 99 who committed crimes.

Up to 2 million people are believed to have been killed, imprisoned, deported or relocated in Romania between 1945 and 1989 under the dictatorships of Gheorghe Gheorghiu-Dej and Nicolae Ceausescu, one of Eastern Europe's most repressive.

Historians say about half a million Romanians including politicians, priests, doctors, officers and land owners were sentenced and jailed in the 1950s and a fifth of them perished in prisons such as Ramnicu Sarat.

But Romania has been reluctant to face its past and sentenced only a handful of senior officials in the 1990s - later freed on health grounds.

A quarter of a century after Romanian communism collapsed, the country has yet to convict a single communist prison guard and many communist-era officials are still in public life, continuing to wield political and business influence.

Cristea spent six years in the prison for disclosing state secrets to an anti-communist group that included his relatives.

"People asked me what would I do if see Visinescu walking next to me. I'd simply tell them that I'd go cross to the other side of the street," Cristea said at his house in Campina, about 90 km (55 miles) north of Bucharest.

Nicu Vlasceanu, a tailor, lives just a stone's throw from the Ramnicu Sarat prison and for the past 17 years has taken care of the crumbling site.

An unofficial tourist guide to the place, Vlasceanu, who otherwise ekes out a living building wooden fences for 500 lei ($146) a month in the prison, protects it from scrap iron thieves and knows most of its ugly history.

He spent a lot of time talking to visitors, including survivors and relatives of those who died. Prisoners were kept in solitary confinement in small, white-washed cells with no windows and heavy oak doors.

"An eighty-year-old prisoner was severely beaten by guards, had cold water thrown on him and was left naked in front of his cell through the night until he succumbed," said Vlasceanu, recalling what one survivor told him years ago.

The jail, on the outskirts of the small town of Ramnicu Sarat, 150 km east of Bucharest, is due to undergo restoration works in the near future and be opened as a memorial museum.

No beds can be seen in the cells but Vlasceanu says that's because a communist wholesale company used the space in the 1970s as a warehouse for boxes and glass jars and pots.

On Wednesday, a tired-looking Visinescu attended the trial for about one hour. He has been living in central Bucharest, very close to IICCMER's offices, local media discovered, and officials have said he receives a military pension.

He declined to make any statement and left the building pushing his way through the TV cameras.

The next trial date is Oct 22.