Recent terrorist attacks were planned to hit the heart of Turkey, says the Economy Minister Zeybekci 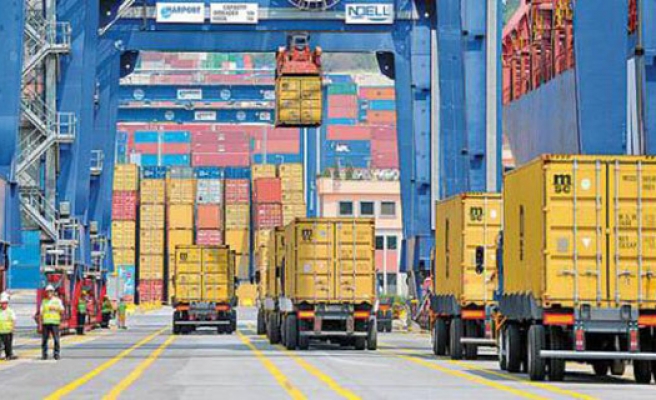 Turkish Economy Minister Nihat Zeybekci said that Turkey aims to strengthen economic relations with Serbia and Bosnia and Herzegovina as soon as possible.

Speaking in an exclusive interview with Anadolu Agency in the Serbian capital, Belgrade, on Monday, Zeybekci said: "Turkey has had free trade agreements with both Serbia and Bosnia-Herzegovina for more than 10 years. However, we have not reached the point that we seek. These agreements need renewal. We agree on this issues. Moreover, we want to unite with Serbia and Bosnia in a council of representatives to discuss further economic cooperation. We aim to unite these three countries in common economic interests to raise the trade volume," Zeybekci said.

Turkey, Serbia and Bosnia-Herzegovina signed a Medium Term (2016-2018) Program and Action Plan in Belgrade on Monday.

According to the deal, a council of representatives from the three countries will be established and they will hold meetings every month to discuss further economic cooperation.

Zeybekci also urged the representatives of the three countries to improve the mutual free trade agreements as soon as possible.

"Serbia and Bosnia are very important economic partners of Turkey. They are countries with huge capacities in the areas of agriculture, energy and tourism and also offer opportunities for Turkish banks to take an important role in banking sectors," said Zeybekci.

Turkish lender Halkbank, one of the country's biggest banks and a state-run bank, on Monday opened its first branch in Belgrade.

Speaking of current bloody terrorist attacks in Turkey, Zeybekci said that these attacks were planned to hit the heart of the country.

"After Turkey paid its debt to the International Monetary Fund (IMF), started building the largest airport in the world, "Kanal Istanbul", nuclear plants, bridges over Marmara sea, projects at Canakkale, high-speed trains, infrastructure and superstructure constructions all around Turkey, and took a role in the reshaping of the world, the same kind of people responsible for terrorist attacks in the history of Turkey made the recent ones, such as the Ankara bombing," Zeybekci said.

Zeybekci said that those who carry out the terrorist attacks want to keep Turkey busy with internal problems to prevent it from forming strong ties with other countries, such as with nations in the Balkans and the Middle East.

"This is the reason for all of these terrorist attacks," Zeybekci said.

However, Zeybekci called for unity among  all the residents of Turkey as the only remedy.

On the other hand, despite all the attacks, Turkish economic growth continues.

"Turkey is currently the world's seventh-fastest growing country and, in terms of fiscal policy and control of sovereign debt, one of the strongest countries in the worlds," concluded Zeybekci.