Many historic documents were lost in a fire that ripped through the Bosnian state archives last week. 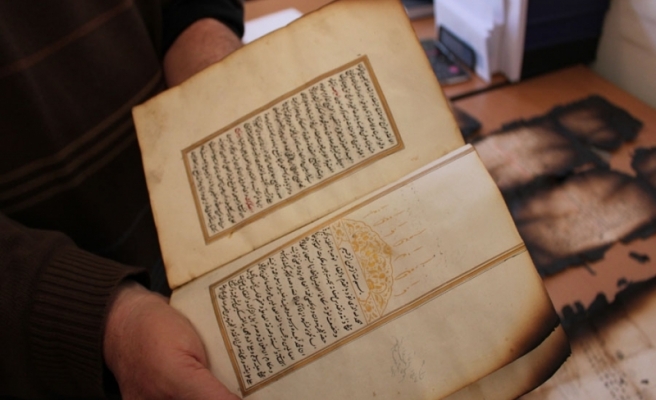 Turkey's Cooperation and Coordination Agency (TIKA) has undertaken the responsibility to restore historic Ottoman documents that were damaged after protesters set fire to the presidency office in the Bosnian capital Sarajevo on February 7, 2014.

The documents were badly damaged when fire ripped through the ground floor of the building and burned the state archives, which included documents from the Ottoman era.

Immediately after hearing the news, TIKA officials contacted the head of the Bosnian state archives Shaban Zahirovic, who told them that up to 60% of the documents had been damaged while some may have been looted.

Luckily most of the Ottoman files remain in tact, but much of the Austrian-Hungary period files were lost.

TIKA's Sarajevo representative Dr. Zulkuf Oruc expressed his sorrow over the loss of vital historic documents, adding that TIKA would work alongside Turkish experts to recover as much as they could from the archives.