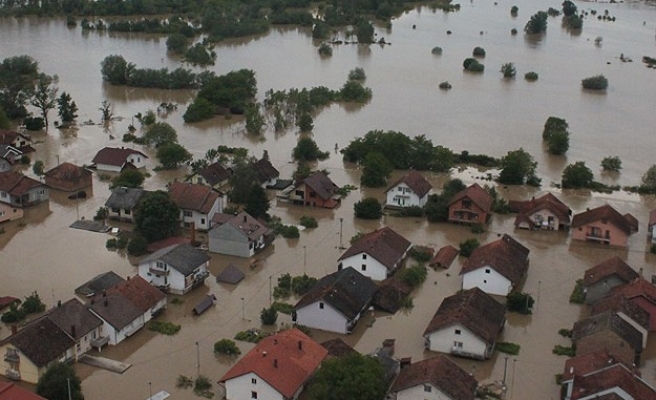 The Turkish Cooperation and Coordination Agency has announced it has restored 25 houses destroyed by floods in Maglaj, northern Bosnia, and unveiled plans to renovate hundreds more.

Mahmut Cevik, TIKA's president for the Balkans and South Europe, said on Thursday as he handed over the keys for the houses in Maglaj that the Agency will finance the reconstruction of another 300 homes in the area under a €2 million project.

Cevik said: "Since the beginning, TIKA was present in the areas affected by floods. We were with these people and shared their suffering. In the period after the natural catastrophe, we made efforts to help."

TIKA was on the ground in the early days of the floods and assisted with supplying food and medicines to the most vulnerable people.

The agency also helped residents in Croatia and Serbia who were affected by the same catastrophe in May, Cevik added.

"We try to be here and contribute as much as we can, not only in Bosnia, but across the entire region," Cevik said.

The President of the Maglaj municipality, Mehmed Mustabasic, thanked TIKA and said a total of 640 structures had been restored in the area to date while another 700 needed restoration.

He said Islamic Relief had announced the restoration of another 300 homes and the United Nations Development Programme had restored 30.

More than 70 people died and 40,000 people were displaced in May amid the worst floods the Balkans had experienced in more than 120 years.

Meanwhile, the Department for Physical Therapy and Fitness Centre within the Institute for Mentally Disabled Persons in the municipality of Fojnica, central Bosnia, whose refurbishment was fully financed with TIKA funding of €60,000, was also opened on Thursday.