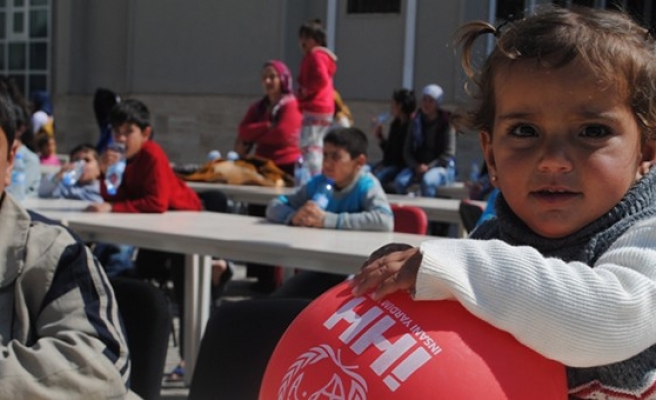 The event was thus attended by about 2,000 orphans as well as by IHH Vice President Osman Atalay, representatives from Turkey's Embassy in Tirana and the municipality.

Speaking at the event, Undersecretary of Turkey's Embassy in Tirana, Gul Sarigul said relations between Turkey and Albania were excellent, stressing the importance of family values, common to both countries.

ALSAR Foundation was founded in 2006 and their first such event was organized in 2008 to help orphans. They began by helping 35 orphans and this some 3,141 have received aid.