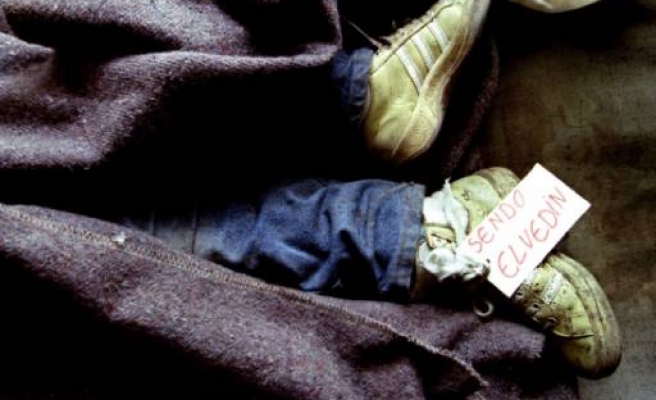 Fifteen former Serb paramilitaries and soldiers were arrested in Serbia and Bosnia on Friday for the 1993 murder of 20 people, mainly Muslims, seized, tortured and executed as Yugoslavia fell apart in war.

In one of the most notorious episodes early in the 1992-95 Bosnian war, the victims were forced off a train passing through Bosnia en route from Serbia to the Montenegrin port of Bar. Their names identified them as Muslims.

Eastern Bosnia was then a stronghold of the Bosnian Serb army and ethnic Serb paramilitaries, fighting Muslim Bosniaks and Catholic Croats to carve out an exclusively Serb statelet. They were backed by the Serbian state under late strongman Slobodan Milosevic.

The victims, mainly from Serbia and Montenegro, were taken to a school in the nearby town of Visegrad where they were robbed and tortured before being executed in a burnt-out house.

Their bodies were then tossed into the River Drina. Three were unearthed in 2010 from the bed of the Perucac artificial lake when it was drained for repairs to a dam. The others have never been found.

Evidence has since emerged that senior political and security officials in Serbia knew that Bosnian Serb forces and paramilitaries planned to seize train passengers and possibly use them in exchanges for prisoners or their dead comrades.

The arrests, she said, "are significant as a lesson that sooner or later the crime will be punished."

The Serbian Interior Ministry said the victims comprised 18 Muslims, one ethnic Croat and another unidentified person.

Ten people were arrested in Bosnia and five in Serbia in a coordinated swoop, a notable act of cooperation between two former Yugoslav republics still coming to terms with the legacy of their joint state's collapse.

"Among the suspects are high-ranking military officials as well as direct executioners who took part in the brutal torture and execution of the victims," Bosnia's state prosecutor said in a statement, without naming them.

The paramilitary group behind the massacre, known as the White Eagles or Avengers, was led by Milan Lukic, one of only four people to have been sentenced to life imprisonment by the United Nations war crimes tribunal for the former Yugoslavia in The Hague.

Local media reported that Lukic's brother, Gojko, was among those arrested, as were Luka Dragicevic and Boban Indjic, leaders of the Visegrad Brigade within the Bosnian Serb army.

Milan Lukic was infamous for barricading 70 Bosniak men, women and children in a house in Visegrad before setting it on fire, in what became known as the Pionirska Street massacre. He shot anyone who tried to escape.