'Only reconciliation offers the assurance that our children and grandchildren will not suffer the same agonies as our generation,' Prince Charles says 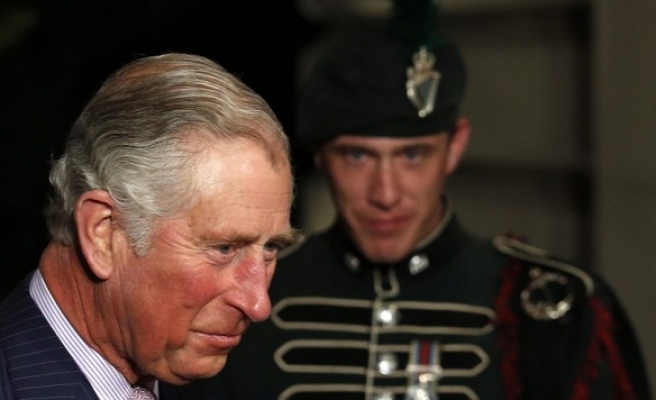 Britain's Prince Charles on a visit to Serbia Thursday recalled the murder of his great uncle, Lord Mountbatten, in a "horrific" IRA bomb attack and urged reconciliation so "our children and grandchildren will not suffer the same agonies".

On the fourth day of a tour of the region -- torn apart by the 1990s Balkan wars that claimed over 130,000 lives -- Charles delivered a speech at the Serbian parliament touching on the death his beloved uncle in a 1979 bombing by the paramilitary Irish Republican Army.

"I feel, therefore, that I have at least some understanding, through my own experience, of the heart-rending anguish that so many families in this region, of whatever nationality, race or religion, have experienced through the loss of loved ones," he said.

"But after many years of reflection and, indeed, despair at the pointless cruelty and destruction we witness around the world, my own conclusion is this: that only reconciliation offers the assurance that our children and grandchildren will not suffer the same agonies as our generation."

As well as leaving many thousands dead, the wars that accompanied the collapse of the former Yugoslavia in the 1990s displaced millions.

Celebrating themes of peace and reconciliation, Charles, accompanied by his wife Camilla, began their tour in Croatia and will visit Montenegro on Friday, before a final stop in Kosovo.

Their six-day visit coincides with a European crisis over an unprecedented influx of migrants who have mostly crossed through the Balkans, which some feared could lead to a renewal of tensions in the region.

The Balkans route has however been effectively shut down for more than a week, and Charles and Camilla have not visited refugee centres during their tour.

Camilla met a group caring for wartime rape victims in eastern Croatia, while Charles held meetings with religious leaders in both Croatia and Serbia.

In Kosovo, they will take part in a memorial ceremony for those missing since the 1998-1999 Kosovo war.

During lighter moments of the visit, Charles tried homemade brandy at a Serbian Orthodox monastery and Camilla visited a Croatian stud farm, one of the oldest horse farms in Europe.

World tennis number one, Serbia's Novak Djokovic, sent a video message of thanks to Camilla on Wednesday as she visited a children's home in Belgrade supported by his foundation.