'Vojislav Seselj is now a free man,' a judge says as prosecution failed to prove the charges against him 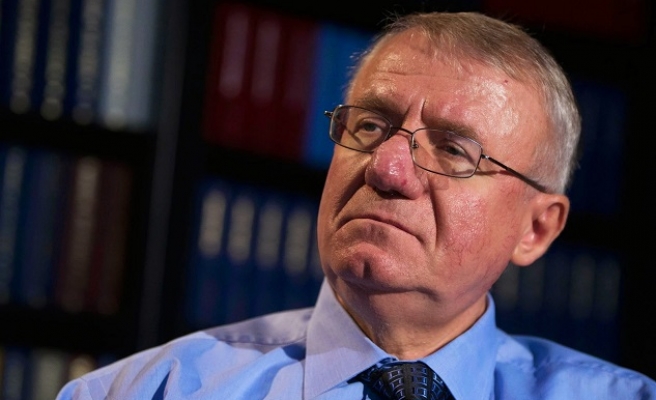 UN judges on Thursday found radical Serb leader Vojislav Seselj not guilty on all nine charges of war crimes and crimes against humanity arising out of the 1990s Balkans wars.

In their shock ruling pronounced in Seselj's absence, Judge Jean-Claude Antonetti said the prosecution had failed to prove the charges and said: "Vojislav Seselj is now a free man."

In a majority verdict, judges at the International Criminal Tribunal for the former Yugoslavia (ICTY) found "the prosecution has failed to prove the existence of the joint criminal enterprise" involving Seselj.

"The chamber by majority holds that the prosecution has not provided sufficient evident to establish that the crimes were committed," by Seselj, Antonetti said.

Seselj, 61, had faced nine charges of war crimes and crimes against humanity over his quest to unite "all Serbian lands" in a "Greater Serbia".

Prosecutors had alleged he was behind the murder of many Croat, Muslim and other non-Serb civilians, as well as the forced deportation of "tens of thousands" from large areas of Bosnia-Hercegovina, Croatia and Serbia, leading paramilitary forces called "Seselj's men".

But the judges slammed the prosecution's case as full of "confusion" and "ambiguities" saying it had failed to clarify the broader context in which events in Croatia and Bosnia took place.

The prosecution had given "at best an interpretation that hides the way the events unfolded and at worst distorts them in relation to the evidence presented to the chamber," Antonetti said.

The judges agreed that during the conflict which tore apart Yugoslavia "Seselj was driven by an ardent political ambition to create a Greater Serbia."

But they found that this was in "principle a political plan, not a criminal plan."

And they ruled that "a lot of the evidence shows that the collaboration (by Seselj) was aimed at defending the Serbs and the traditional Serb territories, or at preserving Yugoslavia, not at committing the alleged crimes."

The judges also found that Seselj had no "hierarchical responsibility" for his men once they were taken up in the regular Serb army units.

The judgement comes exactly a week after former Bosnian Serb leader Radovan Karadzic was sentenced to 40 years in jail for genocide and nine other charges by the ICTY's judges.

Seselj voluntarily surrendered to the ICTY in 2003, but in the past two years he has refused to return to The Hague from Belgrade after being allowed to go home in 2014 for treatment for colon cancer.

He has repeatedly slammed the tribunal, and had vowed never to return voluntarily.

"I don't regret a single day in the fight against the anti-Serbian court," he recently told Russia Today.