Perisic becomes the first Belgrade official to be convicted for Serbia's role in the wars in Bosnia and Croatia. 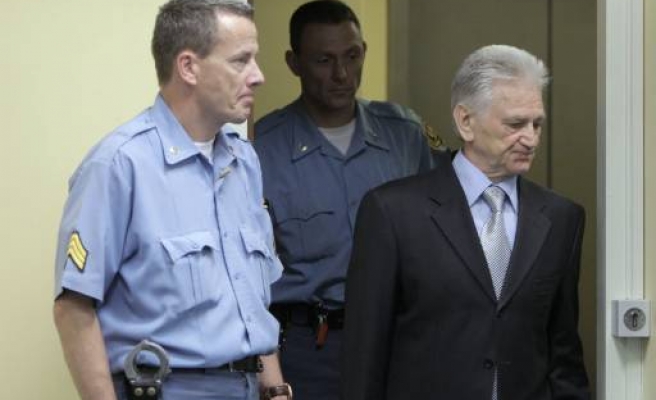 The U.N.'s Yugoslavia war crimes tribunal sentenced Serbia's former army chief, Momcilo Perisic, to 27 years in jail on Tuesday for murder, persecution and attacks on civilians in Bosnia and Croatia in the 1990s.

Perisic, 67, was found guilty of helping Serb troops to plan and carry out war crimes, including the killing of 8,000 Muslim men and boys in Srebrenica and of the 42-month-long siege of Sarajevo. He was also convicted of securing financial and logistical support for Serbs in Bosnia and Croatia.

Perisic becomes the first Belgrade official to be convicted for Serbia's role in the wars in Bosnia and Croatia -- a role the government in Serbia has always staunchly denied.

The court also found Perisic bore command responsibility for the shelling of the Croatian capital Zagreb in 1995.

Perisic had kept Bosnian Serb General Ratko Mladic on the Yugoslav army payroll list, and personally signed Mladic's promotion to the rank of colonel general in 1994.

Mladic has been indicted for genocide by the Yugoslavia tribunal and was arrested in May this year.

But the court did not find Perisic had command authority over Mladic despite all the support provided.

"Even though General Perisic had a collaborative relationship with Mladic and substantially aided his operations, the evidence does not establish that he exercised effective control over him," Judge Moloto said.

Milosevic, who went on trial at The Hague tribunal for war crimes in Bosnia and Croatia among other things, died in detention before the court proceedings ended.

"It is encouraging the court has established that Serbia did provide logistical and material support to the Bosnian Serb army, but at the same time it is quite peculiar that it has failed to prove that Perisic had an effective control over the Bosnian Serb forces," said Bosnian Law Professor Kasim Trnka.

"However, I do hope that proceedings against Radovan Karadzic and Ratko Mladic will reveal more tangible elements about Serbia's genocidal intentions once the two answer questions about their links with the then Belgrade regime," he added.

Croatian Serb leader Goran Hadzic, charged with crimes against humanity during the 1991-95 war in Croatia, was the court's last remaining fugitive before his arrest on July 20.