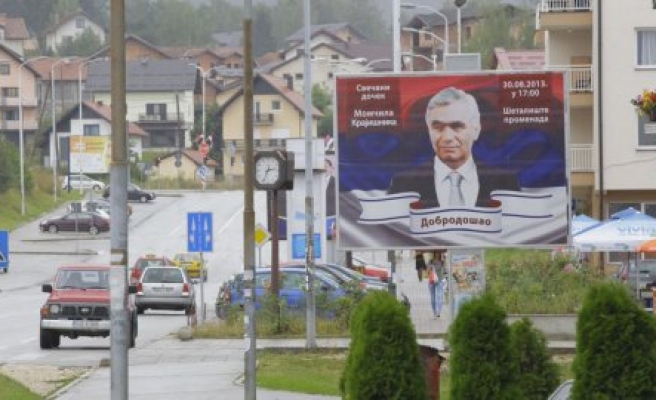 War criminal Momcilo Krajisnik urged Bosnians on Tuesday to stop hating, forgive each other and move on for the benefit of all.

Wartime parliament speaker Krajisnik was granted early release last month from a British prison where he had served two-thirds of a 20-year sentence handed down by the U.N. war crimes tribunal.

He told The Associated Press in an interview that when he returned, he was surprised by how obsessed people in Bosnia still were with war. He had expected inter-ethnic relations to have improved.

"They should not be talking about the war, they should be aware of the fact that war is evil and they should think positively," Krajisnik said.

In 1992, Bosnia's Serbs rebelled against the majority in Bosnia who opted for independence. They preferred to stay in Serb-dominated Yugoslavia while Muslim Bosniaks and the republic's Catholic Croats wanted Bosnia to be an independent state. The subsequent war over this took more than 100,000 lives.

Krajisnik said he was sad to have found his country so impoverished and ridden with ethnic bickering.

"I think we must be in peace with each other, no matter what this country looks like in the end, divided or unified. Both ways, we will have to live next to each other," he said. "If we forgive each other we could build a harmony in which we could live nicely."