War victims in Bosnia 'find the bones of children' 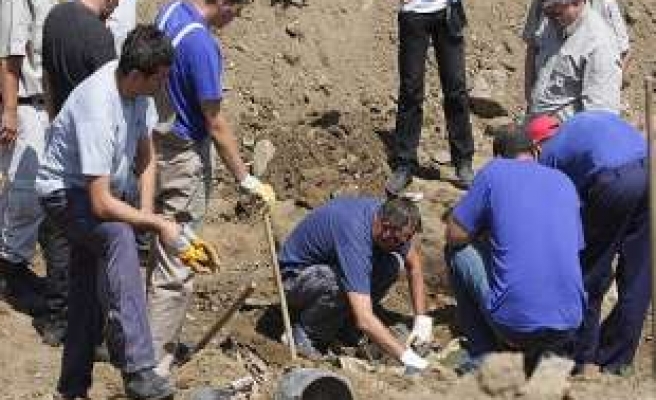 There is no scarier thing and greater pain than the pain of the mother over the open grave who hopes to find the bones of her child in it, Munira Subasic, president of the Mothers of Srebrenica Association, told Anadolu Agency (AA) , after Tuesday’s visit to a mass grave near city of Prijedor (northern Bosnia).

Today, representatives of six NGO’s who gathered the families of war victims, missing persons and martyrs met in Tomašica mass grave near Prijedor to support mothers and families of Prijedor.

"We know what that pain is. So we need to find the bones of our children, they must be buried, and we must mark their graves. Without it will not be known that we have given birth or that they have ever existed", said Munira.

She stressed that the perpetrators must be found and punished, adding: “Otherwise there is no co-existence and reconciliation, there is no future for those who come after us”.

Seida Karabasic, representative of NGO "Izvor" from Prijedor, which brings together families of victims from the area of that municipality, said that they welcome each solidarity.

"I want to emphasize that we need solidarity and cooperation, not only the associations of one nation but of all from across the country and the region. Only in that way we can be stronger and put additional pressure to speed up the process of searching for the missing", Karabasic told AA.