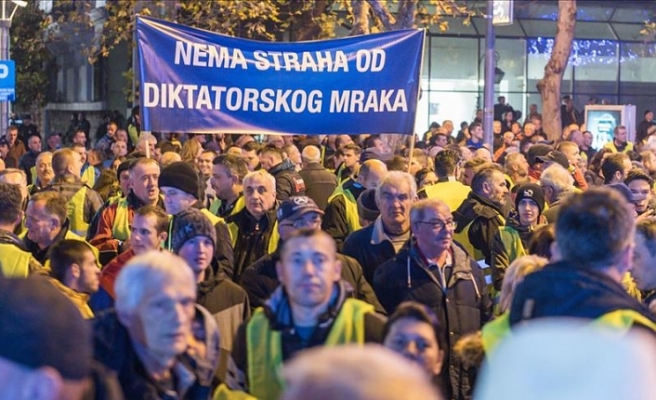 The yellow vests attended the demonstration held by a pro-opposition group, who were protesting the arrest of Nebojsa Medojevic.

The protesters gathered in front of the Montenegrin Parliament to walk towards the president's office and government building.

One of the DF leaders Andrija Mandic said in a speech that life of Medojevic is risked, who was sentenced to two months prison term.

Mandic said that they would be able to change Montenegro when they compared the attendee figure of Podgorica protest with the ones in Paris.

He added that they have to be brave and determined.

Mandic called on people, who were absent in Sunday's protests, for attending the next protests to be held on Wednesday.

The demonstration ended peacefully after speeches.

This movement spread to Belgium and Netherlands in a short time.