80% of Uigur Muslims without water 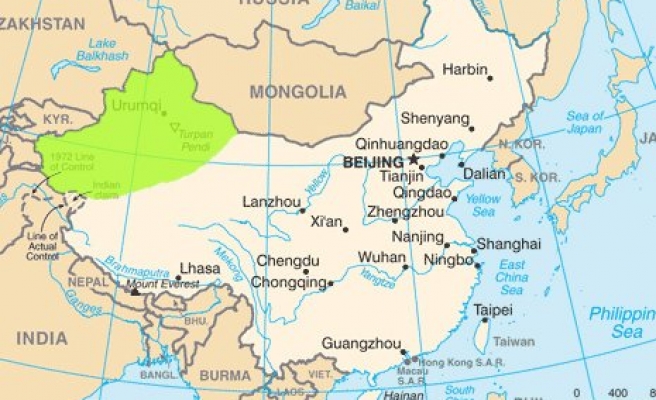 A water conservation project in a remote area of China’s Xinjiang Uyghur Autonomous Region (XUAR) begun two decades ago has yet to bring clean drinking water to the area, with only 750,000 people have access to clean water.

The problem was raised at the Third Meeting of the Twelfth People’s Congress of the XUAR on the 20th January, Taianshen.net reported, adding that representatives blamed the shortfall on the water project being designed according to population statistics in 1995, when it was launched.

Residents of Hotan told RFA’s Uyghur Service that most of the infrastructure set up through the project lacked sanitation stations and water was instead being piped directly from reservoirs to people’s homes in the prefecture, leaving residents susceptible to waterborne diseases and other contaminants.

“We use piped water in Keriya (Yutian) county—it’s been like that for years, at least five or six,” a Uyghur farmer from the county’s Achal town said, speaking on condition of anonymity.

“The water source is pretty very far. They build a reservoir and water is brought directly from there through the pipes. It hasn’t been purified or disinfected. There is no facility there and this is a remote town, so … if there are any waterborne diseases, we are out of luck.”

Boerkou is a nomad living in the county. Both he and his wife are members of the Mongolian ethnicity. They own more than 300 sheep, 20 cattle and three pastures. Every winter and spring, he herds at Big River Valley pasture close to his home. This vast pasture provides enough food and water for his sheep and cattle which he herds, while his wife takes care of the farming - their daughter is studying at college in the Henan Province.

In early mornings during winter, he collects drinking water from a spring in the valley. T

Though it is frozen, it is pure, sweet natural spring water.

Every morning at 11 am, he releases the sheep and cattle from their pens. He rides his donkey while he's herding, a life he loves.  He knows every corner of his pasture: where to find the best grass, the purest spring water, where to hide during sudden winds and rains, and the fastest route back home.

“It is a scam that China’s claim of a clean water project has been realized in the Hotan region,” he said.

“This project has only changed one thing—now farmers are paying for the water that they used to drink for free.”